We don't always know where wires are-and yet they're everywhere. How can you avoid this invisible hazard?

Low-level operations are vital for a number of industries, including agriculture, construction, and maintenance of the very lines that prove so hazardous. In the progress of these operations, wire strikes remain a very real and persistent hazard. The most basic instruction on avoiding wires is twofold: fly at 500 feet AGL or higher, and cross power lines over towers. But the necessity for operations near wires, the ever-increasing number of wires across the nation, and their relative invisibility under certain conditions ensures that basic training isn't nearly enough. So, how can you improve your perception of and avoidance of wires? 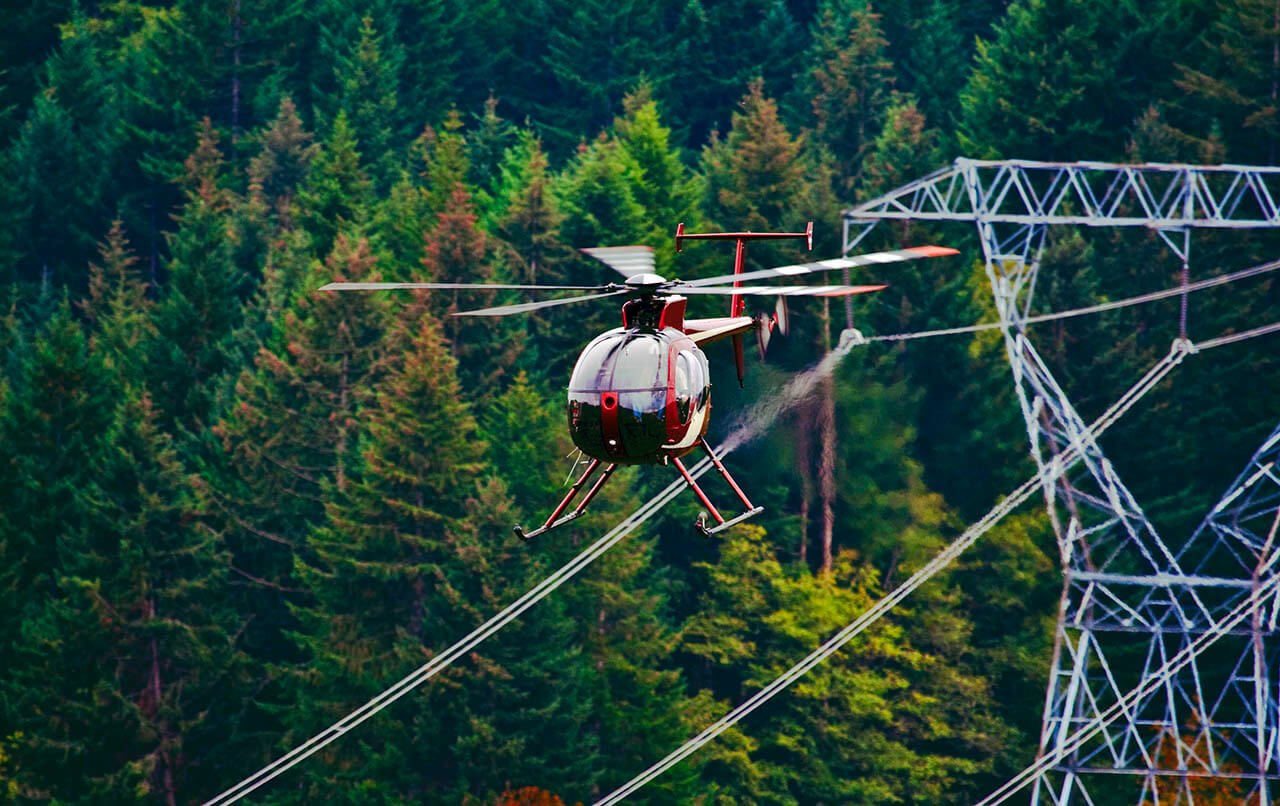 Now you see it, now you don't

The key to avoiding wires is to stop thinking of them as visible see and avoid hazards. While some are easily visible, others disappear into the backgrounds of trees or mountains. Depending on how the light hits them, wires might flash with the sun one moment and be gone the next. You might easily spot large wires, but get caught in smaller wires higher up that weren't as easy to see. Wire visibility can change at any moment, and is affected by size, material, the backdrop, distance, and the way the light hits it. You cannot rely purely on visually spotting wires.

Instead, treat wires as a known, invisible hazard. While you should obviously continue to look for wires, you can also learn to predict where they’ll be, even if you can't see them. For example, transmission wires are large and often easy to spot, but may have smaller, harder-to-see wires running near the tops; always cross them above the height of the towers. You can tell the direction the wires are going by looking at the large insulators, which point in the direction of the wire. This can help you spot turns in the wires.

Careful flight planning is another vital factor in avoiding wire strikes. You should always review charts, but special attention should be paid to obstacles on area charts for low-level operations. Be warned that most power lines are between 30 and 150 feet tall, and thus generally won't show up on charts. That said, you can safely assume that any roadway will have power lines running along each side. In areas with dense trees, open areas will be cleared to make way for necessary wires. When you see these long, open stretches between trees, assume there are wires within. 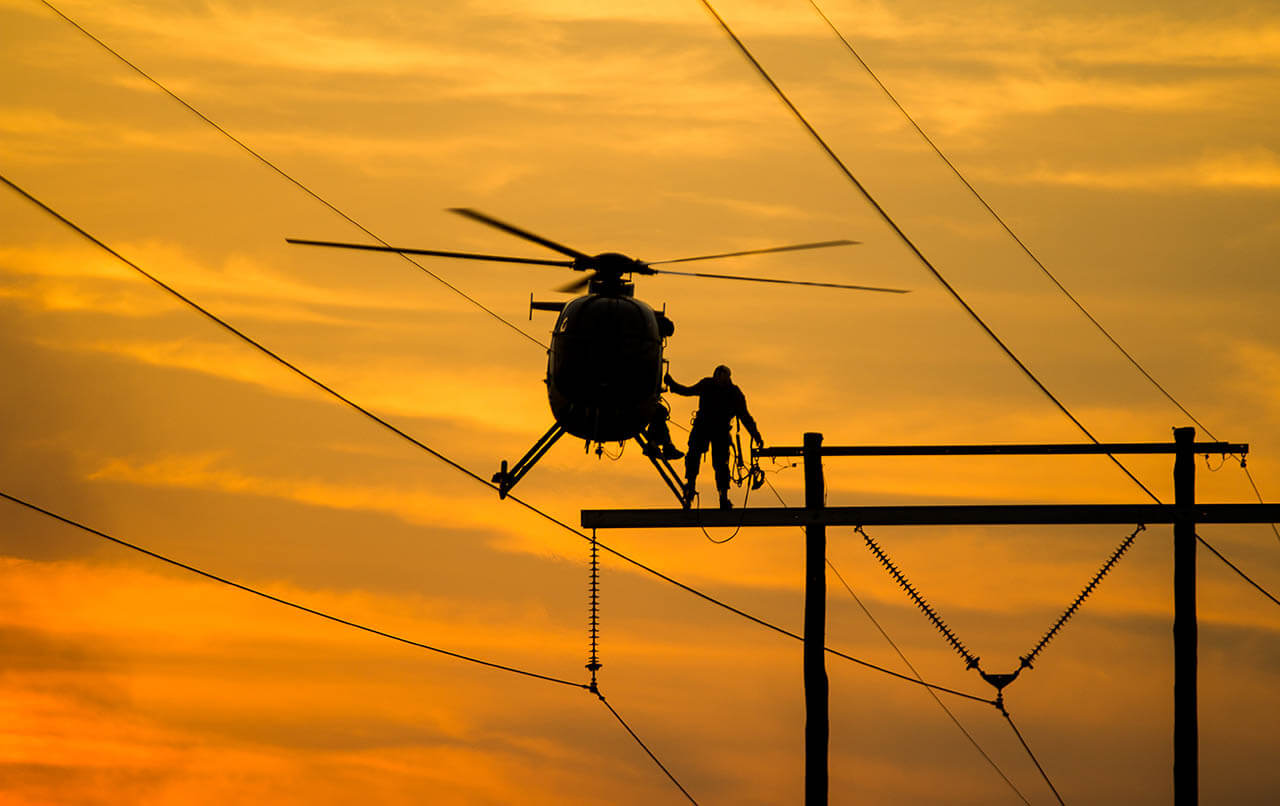 Even after you spot the wires, your job is not done. Many victims of wire strikes report they were already aware of the wire they struck, but cockpit activities caused them to lose focus for just long enough to hit them. Heightened situational awareness is required when wires are involved. Do not let wires out of your mental picture of an area until you have safely departed from it.

High and low recon can prove valuable assets to pilots seeking wires at a work or landing site. Do not be satisfied if you don’t spot wires during high recon, also perform a low recon at 100 to 200 feet, as some wires may not have been visible from your first pass. If you are ever uncertain, perform another recon and take another look.

Finally, avoiding wire strikes is not merely about wire awareness. Self-awareness plays a role; fatigue, illness, or stress can dull situational awareness and cause you to miss or lose track of wires. You should never begin a mission without an honest self-assessment determining you are physically and mentally fit for all flight duties.

The majority of aircraft wire strikes happen to experienced pilots with hundreds of hours, rather than newer pilots who are hyper-aware of their surroundings. Do not allow yourself to become complacent in any element of your operation. Rather, maintain good, consistent habits of proper flight planning, scanning, and ADM to stay out of the wires.

All fogged up: Where and when will you encounter fog next?

Behind the eye: Pilot preparation for hurricane season