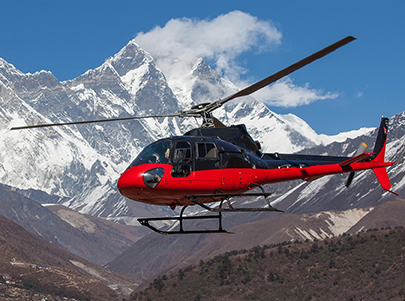 Soon, in partnership with a successful businessman, a new corporation, Computer Training Systems, better known as CTS, was born. Perhaps it was prophetic that at the end of 1982, Time Magazine elected the personal computer as the "Man of the Year". The fledgling company attracted dedicated pilot trainers, a virtual computer software and hardware genius and support personnel. When forming the goals of the new company, CTS decided that the training produced must be engaging, relevant, comprehensive, and above all, affordable to customers. Ease of use, timely updates, unmatched technical support and integrated record keeping were also thought to be essential as the first programs were designed.

Along with a number of "Fortune 500" aviation departments, after having viewed a computer-based training demonstration of CTS capabilities, the IBM flight department became one of our early customers. Within two years after its birth, it became evident that the IBM PC was to become the standard for personal computing. CTS approached the task of converting its software with the same spirit of dedication with which it was born.

"It has long been proven that computer-based training, when compared to traditional training methods, results in better comprehension and retention of subject material in less instructional time. The computer, as a trainer, is infinitely patient, totally objective and uncompromisingly standardized as an instructor and evaluator." 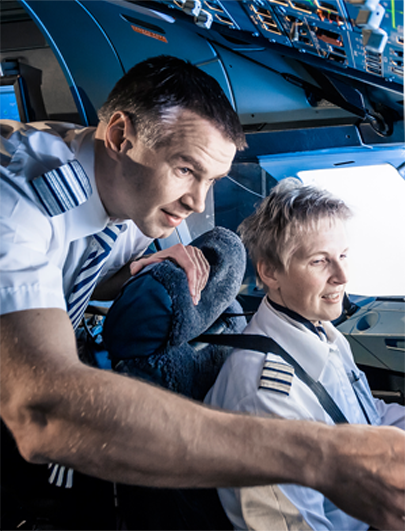 THE LEADERS IN INTERNET-BASED
AVIATION TRAINING

As the computing power of hardware and the sophistication of available software has grown, one factor remains unchanged. It takes a tremendous amount of time, dedication and perseverance to produce effective computer-based training. Often, the startup cost is prohibitive for an aviation organization to transition to effective CBT. Understanding this problem, Computer Training Systems pioneered the idea of leasing training software, at a cost that is a mere fraction of other pilot training alternatives. By most standards, CTS is still a small company.

"The quality of our products, personal service, and our individual and corporate reputations have been and always will be more important to each of us than how much growth the company undergoes."

The quality of our products, personal service, and our individual and corporate reputations have been and always will be more important to each of us than how much growth the company undergoes. We are still attracting the most dedicated employees and offering the most effective pilot training value proposition. Maintaining a healthy balance of humility and pride, as the leading provider of comprehensive and complete pilot training programs. CTS stands in a class by itself.