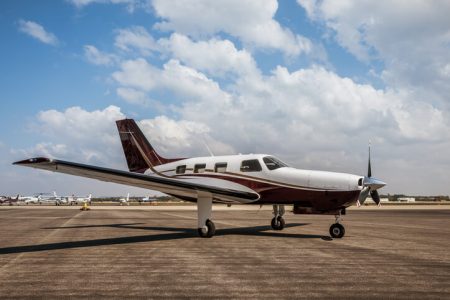 On September 24, 2020, ZeroAvia flew the first commercially viable aircraft powered by their new hydrogen propulsion system and the flight was a success! The Piper Malibu’s aircraft performance was impressive for such new technology, lasting 8 minutes and reaching an altitude of 1000 feet at 100 knots. The aircraft became airborne on a combination of batteries and hydrogen fuel cells, helping hydrogen fuel cell technology gain traction. ZeroAvia had previously flown the same M-class model on pure battery power, but this is the first time the combination has been used to power an aircraft.

ZeroAvia is using the support of the UK government to prove that their technology is suitable for short, revenue flights in a plane like the Malibu but hope to prove that the concept is also going to be suitable for a 20 passenger regional airliner. The fuel cell powerplants for these larger aircraft will be in the 800 horsepower range and comparable to the Pratt & Whitney PT6 turbine.

The company is addressing the need for a solid hydrogen infrastructure by creating its own hydrogen production station. Solar energy is used to drive electrolytic converters that produce gaseous hydrogen to use in their cold fuel cells. Their goal is to develop reliable and scalable hydrogen powerplants that aircraft manufacturers can use to replace fossil fuel engines.

The UK Civil Aviation Authority recently approved a flight test plan to further modify the Piper Malibu to increase its hydrogen storage capacity. If all goes well, they hope to find opportunities for trial operations in rural areas and/or limited cargo services, prior to full certification.

ZeroAvia has also partnered with the European Marine Energy Centre (UMEC) to develop the Hydrogen Airport Refueling Ecosystem at the Cranfield Airport to demonstrate their concept for the production, storage and distribution of hydrogen fuel for airports in the future. When they are able to increase their aircraft performance numbers to current industry standards, or better, the world will be on its way to clean fuel and low carbon energy sources.