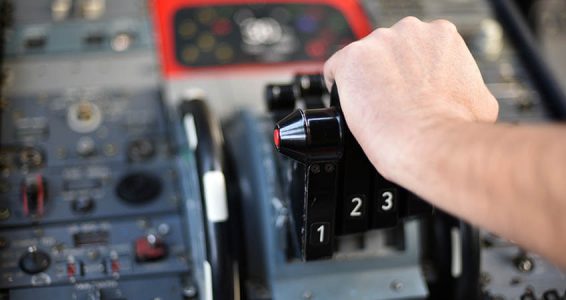 Decompression sickness (DCS) is a condition derived from exposure to low barometric pressures, creating bubbles of inert gases (usually nitrogen) throughout the body. Although DCS can manifest itself in many ways, the most common is the gas bubbles causing pain in the shoulders (most common site), elbows, knees, and ankles. Overall, joint pain accounts for 60 to 70% of all altitude DCS cases. Below are 4 points to keep in mind to avoid DCS the next time you fly.

1. Very few cases happen below 25,000 feet. In a study conducted by the US Air Force, less than 13% of DCS cases were reported below 25,000 ft. Outside factors like scuba diving and strenuous exercise do, however, increase the likelihood for DCS to happen at any altitude. Remember: when you recognize the symptoms of DCS either in yourself or another person, ensure the oxygen mask is on the affected person and switch the regulator to 100% oxygen. Although it is less likely for DCS to occur below 25,000 ft, there is always a risk of DCS at any altitude.

2. Allow 24 hours between scuba diving and flying. Breathing air under high pressure (like scuba diving) increases the body’s nitrogen saturation levels. The deeper the dive, the higher the saturation. An increasing amount of nitrogen dissolved in the body significantly increases the chances of DCS. If not enough time has elapsed between the dive and flying, and the excess nitrogen hasn’t been eliminated, altitude DCS can occur as low as 5,000 ft.

3. Limit exposure and decrease rate of ascent. Repetitive exposures within hours of themselves to altitudes above 18,000 ft show an increase of developing DCS. Along with that, the rate of ascent and time of exposure to altitudes above 18,000 ft can also increase your risk of DCS. The faster the rate or the longer the duration, the higher the likelihood of contracting DCS. Having a slower rate of climb, and decreasing your exposure either by limiting your time or how often you are in the air, can significantly decrease your chance of altitude DCS.

4. Invest in oxygen prebreathing. By breathing in 100% oxygen before exposure to low barometric pressures (such as unpressurized cabins due to altitude or rapid decompression), will decrease the risk of developing altitude DCS. Oxygen prebreathing helps remove nitrogen from body tissue, making it less likely to build up in an area of the body. Although this is an effective method, it is neither cheap nor easy to achieve. Currently, only military flight crews are using this method to prevent DCS. Breathing 100% oxygen during flight without any prebreathing does not prevent altitude DCS.

Overall, decompression sickness can be prevented when approached properly. Making smart choices and recognizing the symptoms will keep you on the front end of altitude DCS. To learn more, read the Pilot Safety Brochure Altitude-Induced Decompression Sickness.