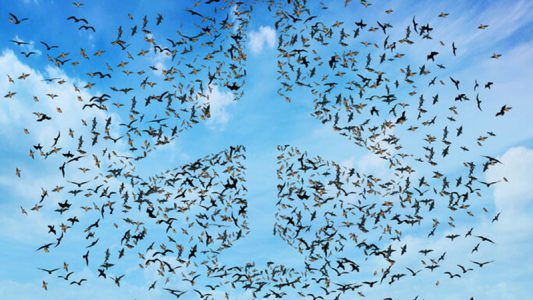 What to do in the Event of a Bird Strike

Birds are a significant threat to aviation and their presence presents many potential hazards. A bird strike may be so small that it goes completely unnoticed by the crew until the walk around after landing. However, the potential for something much more catastrophic lingers. Many vividly remember the “Miracle on the Hudson” that occurred when US Airways Flight 1549 was forced to ditch on the Hudson River after striking a flock of Canada Geese. This is one example in which it proved imperative that aviators be familiarized with bird strikes and know how to best respond.

Pilots are oftentimes like fisherman in their tendency to overzealously share elaborate stories. One of the stories I unwittingly stumbled upon the other day was profoundly bothersome though. I was sitting in our briefing room casually checking my email when two young, inexperienced pilots arrived. Nothing in particular grabbed my attention until I very loudly heard one of them ardently sharing the details of their recent flight. “You should have seen it. It was crazy, there we were on short final and this bird came out of nowhere. I totally dove and dodged it though”. That last sentence caught me. There was much wrong with all of it. And, while they were just beginning their flying career it concerned me that this was a thought, let alone an actionable one, that would be considered as sound in any flyers mind.

In drivers education they always teach that if any sort of animals jumps out in front of you on the road you avoid putting in rapid corrections or efforts and instead keep the vehicle on its current path while braking. Flying is very similar, the main exception being the potential to “brake” in the air. While there may be times when maneuvering to avoid a bird strike is an option, it is almost never the case during an arrival, and configured on short final is most assuredly not the time. Pilots should also know that birds will almost always dive as a means of avoidance. Other considerations worth keeping in mind when trying to mitigate the risks of birds are migratory seasons and patterns. In the Northern Hemisphere birds migrate in the fall through early winter. They migrate to more southern locations to reach warmer weather. So, their flight pattern is almost always North to South in nature. By keeping these factors in mind pilots can better handle the threat birds present to aviation.