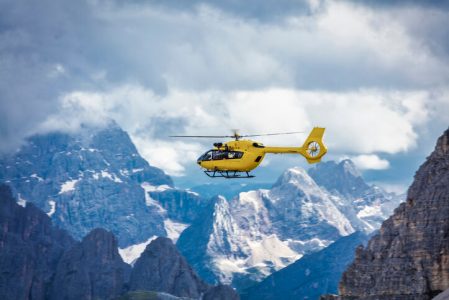 CFIT pilot training is for all levels of pilots

I was reading about the newly updated FAA pilot training video that discusses avoiding Controlled Flight Into Terrain (CFIT) accidents, and I was surprised by the comments following the article. The thought process was that CFIT accidents are for “kid” pilots, described by commentators as inexperienced pilots in single-engine, low-performing aircraft. It’s the kind of thing that happens to the “other guy.”

That’s the kind of mindset that will get an experienced pilot killed, along with all their innocent passengers. There is a reason every professional pilot training class includes CFIT avoidance and awareness techniques and practice.

I finished my recurrent last month, and the CFIT training always humbles me. We usually do the first run in visual conditions, and I cannot believe how close the warning system lets us get to the mountain (or whatever the obstacle) before it starts barking orders to pull up. So with that vision firmly in my mind, we do the drill again in IMC; you better believe when it says pull up, we are heading for the moon.

Without that valuable training, when it happens in real life, we might pause for a few seconds or casually add full power and pitch up gradually, rather than treat it as the full-out emergency procedure that we know it to be.

The FAA must agree because they have just published a new video in their “57 seconds” series. If you’re not familiar with the training, it was first released in 2016. It was a compilation of interviews with pilots who had either survived a CFIT crash or had narrowly avoided a tragic accident. The video focused on risk taking, weather issues, and not being familiar with terrain awareness avionics. It also focused on inexperienced pilots.

Fast forward to 2021, and I’m not sure how much has changed. Yes, terrain awareness avionics are more common in aircraft today, but not all airplanes are equipped with the latest and the greatest technology. And even experienced pilots have been known to take risks.

I know a pilot who turned in their Chief Pilot for texting on short final. The Chief was the pilot flying! Talk about being distracted and complacent and whatever else you want to call it. Familiarity is not necessarily a good thing when flying the same airplane on the same route with the same crew. But a little common sense never hurt either.

The new FAA video warns against in-flight distractions, including cell phones and tablets. Now that many aircraft are capable of airborne Wi-Fi, this may become a real issue. We use our phones when we know we shouldn’t: driving, crossing the street, and flying airplanes. The Chief Pilot I previously referred to was booking his next revenue flight instead of landing the plane. I don’t care how comfortable you are with the airplane; that’s just not ok.

CFIT avoidance is for everyone, young and old, novice and experienced. It takes careful planning and backup plans, but most of all, it requires common sense. It takes pilot training, so pay attention to everything they teach you about CFIT accidents. Then, from the initial warning to muscle memory, get the heck out of there and climb as if you’re life depends on it.