Check Your Flight Plan at KTEB for Serious Navigation Errors 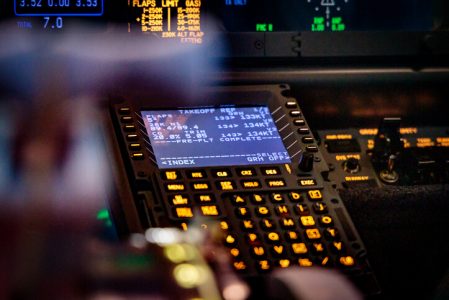 The first time I filed a flight plan into and out of Teterboro, NJ, I messed up the departure. I was a brand-new EMS pilot, flying an unfamiliar airplane without the assistance of a co-pilot, and I got distracted. I don’t remember all the details, but I do know there was a NASA report involved.

I think a warning light on the annunciator panel flashed at 500 feet during the departure and drew my eyes away from my rapidly approaching maximum altitude of 1500 feet. Unfortunately, I noticed the deviation at about the same time as the controller. I immediately corrected and descended back to 1500, but the departure called for a climb to 2000 feet by that time.

At any other airport, it would have been a standard “whoopsie daisy,” but it’s not that simple at Teterboro. The 4 New York airports are crammed together in a small geographical area and the volume of traffic going in and out of each on an average day is enough to make your head spin.

The problem with Teterboro is its proximity to Newark International. More specifically, the Newark arrivals are only 1000 feet above the Teterboro departures. That’s why the voice of my ATC Controller rose 3 octaves with my little blunder.

Yes, my error was self-induced, and I accept the blame, but something else is happening at KTEB that is even more disturbing. According to the FAA, many reports of navigation errors have occurred during the RUUDY Departure involving both lateral AND vertical deviations in excess of 300 feet. As a reminder, this departure brings Teterboro and Newark aircraft within 1000 feet of each other; hence a deviation of 300 feet is highly problematic.

The FAA Safety Team recently released a notice reminding pilots that the navigation standard for the RUUDY departure is RNAV 1, and the instrument standard is plus or minus 75 feet. That’s a far cry from the 300 feet plus deviations recorded.

One possible cause for these deviations is modern aircraft’s new flight management system “push-to-load” capability. Inserting and activating a route modification before departure will erase a previously loaded SID, making way for a violation (or worse) to happen.

Before taking the runway for departure at Teterboro, pilots must verify their FMS data, including the FMS route, aircraft map display, and the SID waypoints and constraints. It’s not as simple as filing a flight plan and launching into the wild blue. Verify, verify, verify.