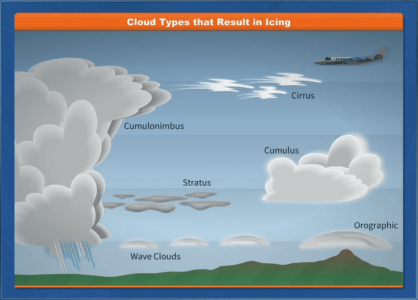 Cooler weather is coming and so are its threats to aircraft.

Cloud identification assists in avoiding turbulence, thunderstorms, and icing. Icing holds major hazards for airmen, so we have dedicated this blog to identifying the greatest potential icing conditions and how you can avoid them. Keep reading to learn about in-flight icing and how you can combat this flying foe.

Fronts and low-pressure areas are the greatest ice potential as far as optimal icing weather conditions are concerned. However, some isolated air masses can produce a substantial amount of ice in clouds making light aircraft flight inadvisable. The largest amount of ice accumulation on aircraft happens at and between -4 degrees F to 32 degrees F (-20 degrees C to 0 degrees C).

When icing accumulates on aircraft in-flight, this:

Clouds that hold the potential for icing include: Cirrus, cumulonimbus, cumulus, stratus (particularly lake-effect stratus clouds), orographic, and wave clouds. Whether or not a cloud will produce icing is dependant on the outside temperature and the amount of moisture within the cloud.

Fronts also pose the risk of icing. Along a warm front, warm air mixes with cooler air to form stratus clouds conducive to icing. Along a cold front, the colder air mass lifts the warmer air, creating cumulus clouds conducive to icing. If you have to fly through a front, it’s important to remember to take the shortest route possible, so as to minimize exposure to potential icing conditions.

Ice fog is another icing hazard that can affect aircraft. It only occurs when temperatures are much below freezing (usually -25 degrees F or colder), causing moisture in the air to super freeze and form ice crystals. This condition usually happens early morning or at night and when there is a small temperature to dew point spread. There is usually little to no wind and a clear sky when ice fog occurs. It is mostly found in the arctic region, but has been known to happen in the middle latitudes during the cold season. Ice fog holds another danger on top of the normal icing hazards as it can blind aviators when flying into the sun. Check temperature and dew point conditions before taking off or landing to ensure you will not be encountering any ice fog. 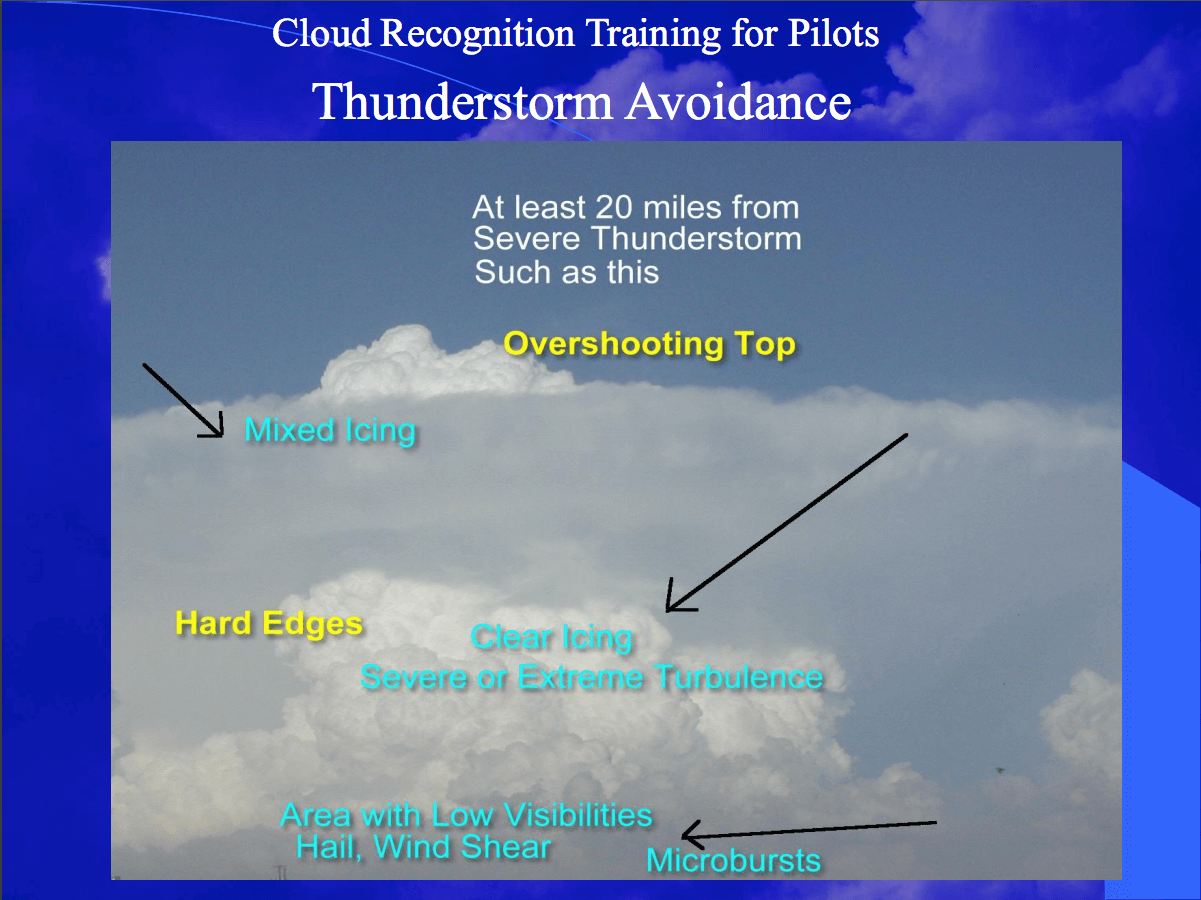 All airmen must abide by the FAA’s Clean Aircraft Concept. Both rotor-wing and fixed-wing aircraft face different challenges when encountering aircraft icing on the ground and in-flight. That’s why we offer interactive online aviation training to assist in the education and understanding of icing risks airmen face. Learn more about our aircraft-specific Winter Operations subjects today!