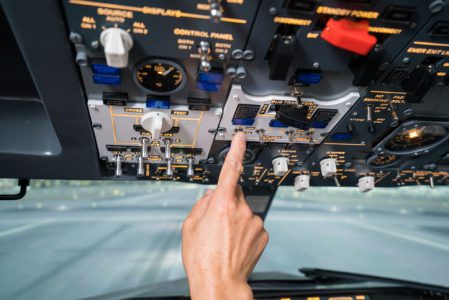 We couldn’t get our engine started the other day, despite numerous attempts to identify the problem using expert crew resource management. Unfortunately, this expert crew, led by yours truly, was at a remote airport with no maintenance available and one very anxious boss hoping to get back to the office as quickly as possible.

We ran all the abnormal checklists, consulted with our mechanic back home and did everything in our power to will the old girl to life, but nothing worked. After several failed attempts, the boss made his way forward to survey the situation…. After I explained that it looked like we were grounded until further notice, he glanced at our overhead panel, pointed to the upper right hand corner and asked if the tripped circuit breakers might be part of the problem.

Without being too condescending, I assured him that we had indeed checked the CBs and that those breakers were supposed to be tripped, but thanks anyway for his contribution.

Now is probably a good time to stop the story and discuss the power of “expectation” as it relates to flying an airplane. I think there’s a technical name for it, but I can’t remember what it is…. Anyway, the idea is that if a pilot is expecting a switch or lever or say, a circuit breaker to be in a given position, sometimes the mind of the pilot actually sees that switch or lever or circuit breaker in the “expected” position, even if it’s not.

This is actually quite a dangerous phenomenon and should be taken very seriously. The more familiar we get with our flows and checklist procedures, the easier it is for us to casually glance at the items instead of really registering in our brains what we are looking at. Case in point, my jet has several circuit breakers that should always be tripped and on this particular day, a casual glance confirmed that they were as they should be.

But a more detailed observation would have revealed that there was an additional rogue circuit breaker tripped, one that easily blended in with the others. One that may actually have prevented the engine from starting…My face was only 2 shades redder than usual as I reset the breaker and watched the engine roar to life.

A simple fix would have been to ask the other pilot to confirm that the circuit breakers were as they should be and then to have both of us really look at the panel. Seems simple now, but at the time I really thought I knew what I saw.

Lesson learned for me and hopefully for you too. Crew Resource Management can solve a whole lot of issues, but only if you both take the time to really notice what you’re looking at. Expect, then verify. For real!