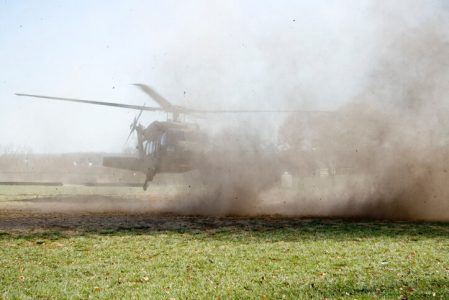 Crew resource management was used, but the aircraft still crashed

Crew resource management has done wonders for aviation’s safety record, but it doesn’t always save the day. Yes, learning to use the resourcefulness of each crew member to troubleshoot, solve problems, and prepare for tricky situations is priceless. In addition, bouncing ideas off each other can lead to solutions that pilots might not have considered individually.

Sometimes, though, the crew discusses a potential threat and then proceeds anyway, hopeful that planning is enough to continue safely. In most cases, they are right; discussing what to expect and what to do if things go wrong is a great tool to have in your back pocket. Thoroughly briefing a potential risk reduces the risk itself – but sometimes bad things happen anyway. Sometimes, preparation isn’t always enough to negate risk.

An example of this is the recent crash of an Airbus Helicopter operated by the Los Angeles County Sheriff’s Department. There were 6 onboard: 5 deputies and a doctor; 4 of the 6 were seriously injured in the accident.

Brownout conditions were a possibility at the landing site, a highway turnout near Azusa, California. It was enough of a chance that the crew used their CRM and briefed the brownout, which could potentially cause an obstruction of the trees in the area, but they decided to continue the approach anyway.

At about 5 feet AGL, the helicopter became engulfed in dust as it neared the ground, struck a tree, and rolled onto its left side. The Crew Chief tried to abort the landing by calling out “Hold,” but the accident sequence had already begun.

It was incredibly fortunate that the injuries were non-fatal. When the dust settled, the helicopter rested just a few feet away from a 200-foot vertical drop-off to the Morris Dam below. No one knows why it didn’t roll over the edge and drop to a certain tragedy.

I’m curious about the brownout briefing conducted before the approach began – did they have an abort procedure planned? Were they extra vigilant at the first sign of the dust cloud? I’m not sure when the chief called out the “Hold” command, but it seems like an immediate pull-up would have been better than a hold (although I don’t know much about helicopter emergencies).

Was the vertical drop-off discussed in the brownout briefing? I can’t imagine landing a helicopter in near-zero visibility with trees and a 200-foot cliff nearby without an immediate escape plan. The crew used crew resource management on this day, but maybe more emphasis on the recovery procedure would have been more effective. We can all learn something from this.