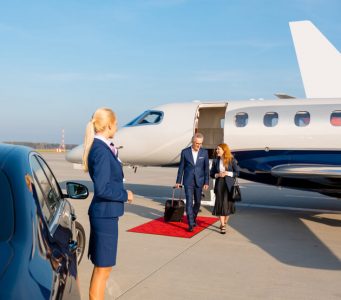 Flight plan cost surprises are not what we want when landing

I suppose it could be called a form of sticker shock. You file your flight plan, have an uneventful flight, land at an unknown airport, taxi into the FBO, and BAM, a $500 landing fee (or worse!). It’s happened to me, and it could happen to you unless AOPA is successful with its latest mission.

The AOPA “Know Before You Go” Initiative is gaining traction, even a full two years after it initially launched. The idea is to promote transparency in FBO ramp fee pricing. That may not seem like a big deal, but it is. We have choices for FBOs at the larger airports, but how can we make an informed decision without knowing their fee structure? If a pilot is making multiple stops on a given day, the wrong choices could end up adding hundreds, if not thousands, of additional dollars to the cost of doing business. I would rather know what the fees are before I make the FBO decision. Hundreds of general aviation organizations agree.

Major aviation groups such as NBAA, NATA, GAMA, HAI, and EAA have given their full support to the initiative, as have small, local flying clubs, increasing the measure’s help to include thousands of pilots. So far, only three FBO chains have fully complied with the voluntary pricing transparency guidelines. ACI Jet, Cutter Aviation, and Wilson Air are entirely on board with the initiative, with a combined total of 12 locations; that’s not anywhere near where we need it to help the flying public.

Signature Flight Support has started posting their ramp fees for piston aircraft, but we’re still in the dark for turboprops and jet aircraft. Atlantic doesn’t post any of its fees or prices online. Unfortunately, these two FBO chains represent over 200 locations across the country, so we still have a lot of work to do.

AOPA President Mark Baker estimates that out of the 3300 FBOs in the US, maybe one quarter have adopted the transparency policy of posting their fees online. Even with all of the support from pilots and organizations for the initiative, these numbers are still pretty dismal.

Ideally, if enough FBOs participate, it would almost force the others to get on board. Wouldn’t it be nice if it was common practice to post fees online, so we can quickly and wisely choose the FBO at the end of our trip? We flight plan to save gas using the best altitude and wind direction; why not save money at the FBO as well? At least AOPA is out there working on our behalf!