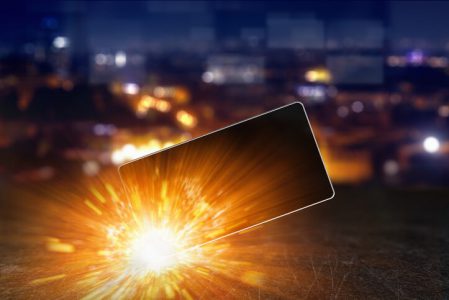 Flight training in today’s electronic environment would not be complete without a discussion on the dangers of lithium ion batteries. These batteries are the remarkable power source responsible for the electronic flight bag revolution, but they also have a dark side. First, the good news: They allow an iPad to run for more than 6 hours, they charge quickly and they’re incredibly lightweight. These batteries, and the iPads they power, have exponentially improved situational awareness for both new and experienced pilots. But despite their relatively good safety record, fires and explosions do happen and it is worth discussing what to do if you find yourself at 30,000 feet with your tablet on fire.

There were over 40 documented lithium ion battery fires in the last year alone, and that number will more than likely rise as iPad use continues to increase. These fires are different from most other fires because they do not need oxygen to burn. If the fire is caused by an electrical short, the battery can enter thermal runaway and may even explode. Worse yet, using a traditional Halon Fire extinguisher on a lithium fire will have little to no effect. So what’s a pilot to do?

Because of this potential danger, many airlines and corporate flight departments now require their pilots to carry fire containment systems on all flights. These systems are efficient and work well, but they are very heavy and expensive, so they’re not suitable for the majority of pilots flying with iPads.

Fortunately, a new option available. There are now portable fire containment bags for general aviation that are much less expensive. These new fire bags come in two sizes, one for tablets/phones and one for laptops. They both have a carbon layer to withstand 3000 degree temperatures and a Kevlar layer to prevent injuries in the event of an explosion. A pair of fire resistant gloves is also included – simply place the device in the bag and close the flap.

Pretty simple when you think about how serious the situation would be if you did not have a fire containment bag on board. At less than $500, it’s an investment worth it’s weight in gold if you should ever need it. It’s definitely something worth discussing at your next flight training event.