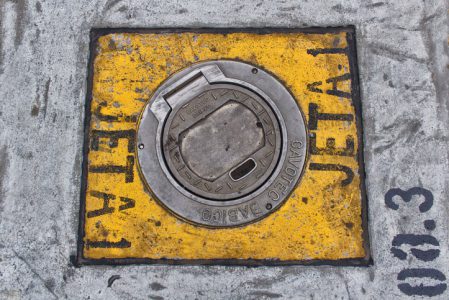 Pilots need to be aware of a fuel contamination issue that has led to a serious loss of power on multiple aircraft in recent months. The contamination occurs when ground handlers mistake diesel exhaust fluid (DEF) for fuel system icing inhibitors. When DEF is combined with Jet A, it forms crystalline deposits in the aircraft fuel systems. These crystalline deposits can then accumulate on filters, engine fuel nozzles and fuel metering components, leading to a loss of power in all engines.

DEF is required on newer diesel powered vehicles, making it more common at airports as the older fuel trucks are replaced. The danger occurs because the DEF fluid and the fuel system icing inhibitor fluid look identical and are easily confused if not labeled properly.

The National Air Transportation Association (NATA) is taking their responsibility to educate ground handlers on the dangers of DEF/Jet A contamination up a notch. They are now distributing free DEF stickers in an effort to clearly label DEF storage containers. The stickers are meant to reduce the possibility of ground crews mistaking the DEF fluid for other fluids commonly found around airports, such as fuel system icing inhibitors.

A 2017 Jet A contamination incident led NATA to develop a DEF contamination training course to highlight proper training and handling of the substance. However, in May 2019 DEF contamination is thought to be the cause of two more incidents resulting in two Citation jets losing power in both engines. These jets were able to land safely, but the in-flight emergencies were serious enough to lead the NTSB to issue a safety alert on the dangers of DEF contamination.

NATA created the new DEF stickers to be placed directly on the DEF storage containers to eliminate any confusion regarding the contents. But FBOs must ensure that their employees know the critical nature of this fluid and how detrimental it can be to the safety of the airplanes they service if it is ever confused with fuel icing inhibitors. Pilots must also be aware of this issue and supervise the fueling of their aircraft, every time.

Flight Planning Ease is One Feature of Honeywell’s Anthem