ILS Approach is Not the Time for a Casual Attitude 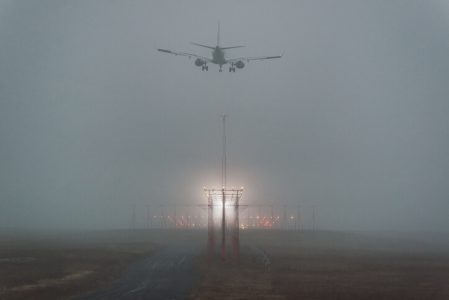 An ILS approach taken casually can end in disaster

A perfect example of an imperfect flight was a Learjet accident a number of years ago. They attempted to land at Houston Airport (KIAH) with low ceilings and reduced visibility in mist and light rain. The Captain was the pilot flying and noticed that his heading indicator was unreliable as they passed the final approach fix (strike one). The airplane wandered about 25 degrees left of course and the First Officer suggested a missed approach.

The Captain agreed and they spent the next several minutes trying to correct the problem with no luck. They requested another ILS and were inbound on final when the First Officer noticed that her glideslope was not working (strike two). There was quite a bit of confusion as they continued the approach with the First Officer calling out numerous heading corrections to the Captain and the Captain asking for glideslope information, even though his glideslope was working.

When they were less than 4 miles from the runway, on centerline and below glideslope, the Captain gave up control of the aircraft and the First Officer took over the approach. She observed, in error, that they were way above the glideslope and proceeded to lower the nose even further (strike three). The aircraft was already 300 feet below the glideslope and still descending.

At this point, the First Officer asked the Captain what the decision altitude was and he said 200 feet (the correct answer was 295 feet), but by now it was too late. The last radar return had the Lear 400 feet below the glideslope and 2 miles from the end of the runway. Six seconds later the aircraft struck trees and burst into flames. Both crewmembers died.

So many links in this accident chain should have been broken. They never briefed the approach even though they knew they would be flying it to minimums, or the decision altitude.

Nobody made any altitude callouts, they switched the pilot flying in the middle of the approach, and, here’s a biggie, they had no idea that the First Officer’s glideslope had a long history of showing a permanent “fly down” indication.

The crew still had one good glideslope indicator and they could have easily verified its accuracy by comparing the distance and height along the glidepath with the approach chart. For whatever reason this wasn’t done and they failed to notice that at two miles from the approach end of the runway, the decision altitude was already above them.

Flying a careless ILS approach when all of your equipment is working is sloppy piloting. Flying a careless approach with equipment malfunctions and confusion on the flight deck is asking for trouble. Get the charts out, brief everything, and if there is any doubt about your exact position and altitude, GO AROUND! Your life depends on it.