ILS Approach May Soon Be Monitored By Remote ATC 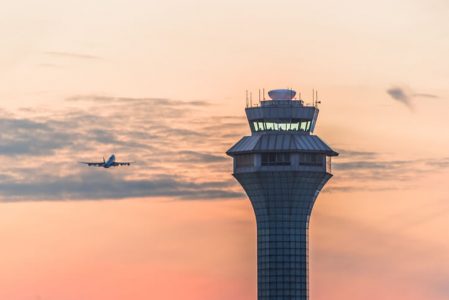 What will an ILS approach be like if the controller is miles away from the airport?

Remote Air Traffic Control is finally here and we should probably get used to it. Yes, I realize that when I’m flying an ILS approach down to minimums at an uncontrolled field, there’s no control tower on the airport when I break out and land, but I also know that I’m the only plane within a million miles of the runway. Well, maybe not a million miles, but you know what I mean.

London City Airport is the chosen spot. They are now the first noteworthy international airport where traffic is 100% managed from a remote digital air traffic control tower. Takeoffs and landings are now controlled from 72 miles away.

It’s not as though the controllers can’t see what’s going on; there are 16 high-definition cameras and sensors mounted on a 164-foot tall digital control tower with a 360-degree view of the airport surrounding area. The controllers receive live video and audio feed via secure fiber networks displayed on 14 high-definition screens.

Not only that, the video screens are set up to provide the controllers with an “enhanced reality” by way of a digital data overlay that includes call signs, altitudes, speeds, weather (since they can’t look outside anymore). They can also zoom in on any other tracked moving objects and magnify images up to 30X.

The digital tower at London City was installed in 2019 and extensive testing has been conducted since then with much success. Obviously, this technology was not developed because of Covid19, but the worldwide pandemic sure did demonstrate one of the genuine benefits of remote air traffic control. ATC will now be able to safely manage traffic from almost anywhere with these incredible new tools.

The United States is also working on potential remote air traffic control towers, specifically at Leesburg Executive in Virginia and Northern Colorado Regional in Colorado. It just seems a little scary that busy airports will be conducting hundreds of operations without ATC onsite, from countless ILS approaches, to unplanned go-arounds, to aborted takeoffs. The thought process is that remote towers will go a long way toward reducing costs.