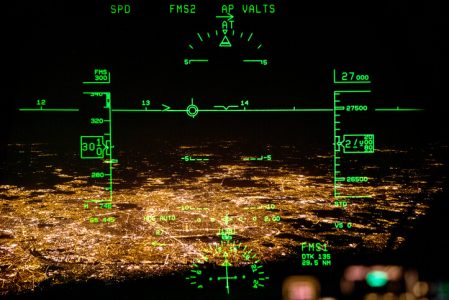 Make an ILS approach with your eyes out the window

The first time I saw a Head Up Display, I was an observer in a Mad Dog (MD-80) Simulator in the 90s. It looked like something out of a Sci-Fi movie, but the pilots swore by how easy it was to fly an ILS approach without burying their heads in the instrument panel. Fast forward 30-plus years, and it still looks futuristic to me, but the FAA has just approved the first light aircraft general aviation display, so we should all probably get used to it.

As you might expect, the first aircraft approved for the first Supplemental Type Certificate is the Cirrus SR22. The Sky Display HUD is a division of MyGoFlight and results from extensive design work, testing, and certification efforts. It is the first STC approval for any HUD for light aircraft.

Even though HUDs have been available in midsize (and larger) business jets and airline flight decks for quite some time, the SkyDisplay HUD is finally bringing these safety benefits to the rest of general aviation. Pilots of light jets, turboprops, piston twins, and four-seat single-engine aircraft will all be able to enjoy looking out the windshield instead of keeping their heads down at the worst possible time.

The SkyDisplay HUD is an extension of the aircraft’s air data and navigation. It consists of an integrated system that includes a projector and display screen in the pilot’s field of view. Fortunately, this HUD does not cost the aircraft owner hundreds of thousands of dollars, as traditional units have in the past. Instead, the base price, not including installation, is $29,500, making it relatively affordable when considering the many safety benefits.

SkyDisplay is also adding additional utility to their HUD, including an enhanced vision system (EVS) infrared sensor, which allows the airport and its environment to be clearly depicted while flying in low visibility or at night. In addition, this information is easily overlaid with other critical information. Another amazing example of this technology is its ability to help fight fires. The EVS allows the pilot to spot fires, follow the flight path vector and actually see through the smoke, dramatically increasing flight safety.

More than 20 aircraft are already committed to installations of the SkyDisplay HUD, available now to Part 23 aircraft operating under Part 91 Regulations. As a result, flying an ILS approach while looking for the runway is now a reality for more pilots. Soon we will all be looking outside, where our eyes belong.