Pilot Training: Don’t Be That Guy! 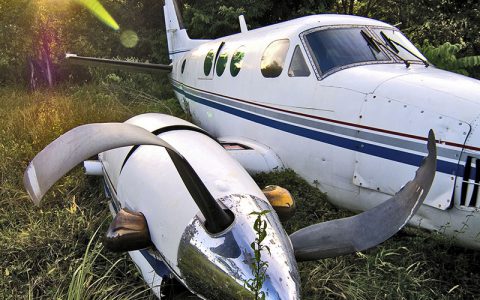 Have you ever read an accident report that left you wondering about the chain of events that led up to the accident, especially if it was clearly a pilot training issue? I’m always relieved when I read that the pilot flying was not qualified or that he/she failed this or that or did not do a proper preflight or they didn’t deice, etc. It makes me feel like that particular accident sequence would never happen to me. Or would it?

I was recently in a situation where I came close to being that first link in the proverbial accident chain and I’m so grateful that I came to my senses in time. It was hard to do though, and I think that’s why pilots sometimes get caught in bad situations that end up with a license violation, bent metal, or worse.

To make a long story short, I was asked to fly with a pilot, who was not properly trained, in my company jet. He had flown right seat on other jets at other companies, but did not have any formal training in any of them. These other companies actually let him fly in the left seat every once in a while (with a qualified Captain in the right seat). This is where black and white turned to gray.

He wanted to fly left seat with me. The aircraft owner and other pilots thought nothing of it and could not understand my hesitation. I started second guessing my decision and wondered if I was being ridiculous. I actually started to think they were right and that it wasn’t a big deal, after all I’d be right there.

But what if we had a directional control issue on takeoff and had to abort? He would be the only one with steering. What if we actually lost an engine on takeoff and had to transfer control at the worst possible moment from a pilot who had never experienced a V1 cut in a simulator? What if he bounced the landing and had a hard time correcting? It WAS a big deal. Any one of these scenarios could ruin our whole day and the news report would summarize the whole ugly thing by saying the pilot had no formal training and was not qualified to be flying the aircraft.

I decided I did not want my kids to read about me like that, so I said no and let the chips fall where they may. He was not happy and our friendship took a hit, but I stood my ground and am content with my decision. It only takes a second for things to go wrong.

Pilot training is hard, thorough, and exhausting but it’s that way for a reason for a reason – so we learn. It’s so easy to get into a routine, to relax our standards – to tweak the rules a little and normalize the deviation from established standards. But think about what could happen if just “that one time” something goes wrong.