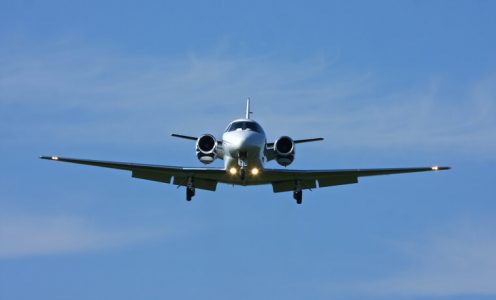 As I’m packing my bags to head to recurrent pilot training, I must admit the last thing I’m thinking about is what I’m going to learn. Isn’t it always the same? There will be a systems review, approaches in the sim, emergency procedures, callouts, etc. Most of us show up to class and follow the curriculum until we’re deemed safe to fly for another six months to a year. But there is a group of pilots who have taken their training to the next level.

The Citation Jet Pilots Owner Association (CJP) just did a neat thing. They took pilot training into their own hands and launched an initiative to prevent landing incidents and accidents. It’s not often that a group of pilots does that on their own, so hats off to them.

The initiative is called “Safe to Land” and began on January 1, 2022 with plans to continue for a total of 18 months. It will include video training, a new briefing card, and a web page dedicated specifically to the program. In addition, the initiative aims to introduce a series of new procedures and callouts that pilots should make during both visual and instrument approaches.

CJP worked with the Presage Group to examine the “go-around” decision-making process, specifically during stable and unstable approaches. To do this, they conducted a survey of over 200 pilot members, emphasizing single-pilot jet operators.

With results in hand, they met with Flight Safety, where they proceeded to develop new procedures that would consider what they learned from their real-world pilots who were making real-world decisions. The new procedures were then tested and evaluated by pilots who flew over 200 simulated approaches in all kinds of weather conditions while being monitored by the experts at Presage.

The results have become the basis for new Standard Operating Procedures (SOPs) for CJP members, tailored explicitly to single-pilot operators. The plan is to fully integrate the SOPs into all simulator training within 12-18 months.

It makes me wonder what their pilot training has that mine doesn’t. But I’m sure the results will be monitored and released, especially if there is a real improvement in safety records for Citation jets, so the rest of us will have to wait patiently and see what happens.