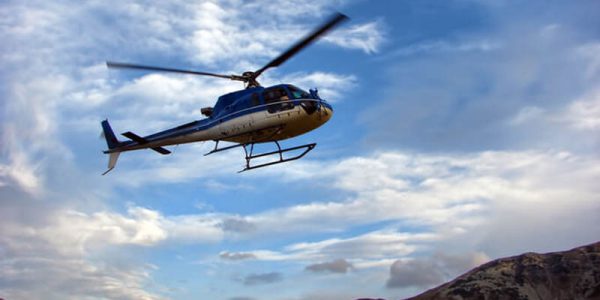 Single-pilot resource management (SRM) is the art of managing all onboard and outside resources available to a pilot before and during a flight to help ensure a safe and successful outcome. But what exactly are these resources and how do you tap into them?

Among other things, onboard resources would include the autopilot, aircraft manuals, checklists and technology, while outside resources would be ATC, dispatch and other pilots. But what about other non-pilot crew members who are on board? Is there ever a time when they would become a critical resource to the safety of the flight? And more importantly, should they train for that purpose?

I’m guessing that most air medical crew members have wondered what would happen if their pilot ever became incapacitated in flight. After all, he or she is probably the only person on board who is capable of getting the crew (and patient) safely back on the ground. I’m sure it would be absolutely terrifying if the pilot had a medical emergency in flight….. But that never happens, right?

Wrong! January 12, 2018. An Air Evac Lifestream helicopter had just lifted off from a scene call with 2 med crews and a patient on board. It quickly became obvious that the pilot was in trouble. He was in a constant left bank and was making no attempt to head to their destination. When the flight paramedic finally reached the pilot, his worst fear was confirmed. The pilot was unresponsive.

The story could have had a tragic ending, but the crew was lucky that day. Air Evac had just completed the process of equipping their fleet with stability augmentation systems and autopilots and the pilot had been able to engage the autopilot before his medical event. If the helicopter did not have these systems, it would have meant almost certain death to the 4 on board.

The pilot was able to regain enough mental capacity to land the helicopter in an open field with the help of the paramedic, but it does raise some excellent questions. Would it be worth the time and expense necessary to train non- pilot crew members in the basic operation of the aircraft/helicopter? Somewhat similar to the “teach my wife/husband how to land if I have a heart attack” course?

And to what extent should they be trained? Basic straight and level? Climbs, descents? If an autopilot is available, should the crew be trained how to turn it on and off and do basic commands? What about the radio? Should they know how to communicate with ATC, in addition to their own company dispatch? And finally, do they need to know how to shut down the engines and turn off the fuel.

Air Evac says YES to all of the above and has created a two part training system for pilot incapacitation (which by the way, could occur as a result of a bird strike or drone collision, as well as a medical emergency). I think they are definitely on the right path and I hope that other companies follow their lead.

Maybe you could start the discussion at your own company……You have nothing to lose and possibly everything to gain.