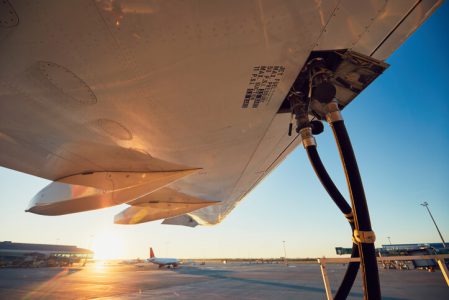 The FAA has issued a Special Airworthiness Information Bulletin (SAIB) warning pilots about the use of certain aviation fuel biocides. I believe this SAIB should be included in pilot training to ensure pilots are aware of the potential adverse engine effects associated with fuel additives, and how to properly protect, or mitigate against them.

For approved aircraft/engines, the maintenance manual will include the correct method of application and dosage of the biocides into the fuel tanks. Unfortunately, several recent events have been documented showing adverse engine effects both on the ground and during flight after application of a biocide treatment.

Two of these events were the result of overdosing the aircraft fuel system with more than the recommended amount of biocide, but one event caused a reaction even while using the proper amount of the fuel treatment. The FAA says there is evidence that Kathon FP1.5 biocide may deposit trace amounts of material on fuel system components when blending procedures are not properly followed, or under certain other conditions.

While confusion regarding the proper procedures may have contributed to the overdosing problems, evidence does suggest that certain engine models are more sensitive to the Kathon FP1.5 concentration than others. Because of this, Dupont, which makes the Kathon additive, has recommended the immediate discontinuation of Kathon for aviation applications. GE Aviation has also removed the biocide from its list of approved fuel additives while the investigation continues.

At this point, the FAA has not prohibited the use of these biocides, but additional investigation is ongoing to better understand the solubility of these additives. The SAIB provides additional recommendations in response to these recent events, but pilot training needs to include adequate guidance and information regarding biocides. For more information, refer to the SAIB at the following link: