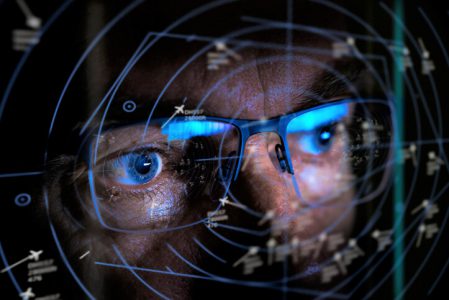 Flying under the radar while still on the radar

Whenever I would hear the call sign “Dot Com”, I thought it belonged to a fleet of aircraft owned by a computer website company. That is, until I became a Dot Com myself. Turns out the “Dot Com” was just a sneaky way for a company to de-identify themselves from all the stalkers out there. But what does this mean now that ADS-B will be broadcasting our locations?

A lot of companies (and individuals) don’t want their competition to know where and when they’re going to be out flying “somewhere”, especially when that “somewhere” is being evaluated for a strategic business move. In fact, keeping their identity secret can stem from security concerns, so ADS-B requirements are a big deal.

The Dot Com system was working just fine to keep all of us in stealth mode, until the ADS-B technology came along to allow flight tracking in real time based on a Mode S transponder code, which is, of course, tied to an N number. Fortunately, the government recognizes the importance of in-flight security and is working on a way for aircraft owners to opt out of ADS-B flight tracking.

A proposed opt out solution is to provide operators with an alternate 24-bit ICAO (Mode S transponder) code. With this option, operators would retain their permanent transponder code tied to their N-number, but would also be able to use a secondary, non-published code that is assigned and managed by the FAA (which would NOT link to the specific aircraft tail number). It is expected that operators could request a new secondary code at least once every 30 days.

Adding a secondary ICAO code program to the existing FAA Blocked Aircraft Registration Request (BARR) program would address the data transmitted by an aircraft to determine its identification throughout the NAS. Other ADS-B receivers would still be able to detect this aircraft flying nearby, but no information would be available to match that aircraft to the owner listed in the FAA Registry.

As technology continues to advance, the industry will need to keep pace with privacy/security concerns and provide for operators who do not want their flight information to be available for the entire world to see. Congress has repeatedly passed legislation mandating a way for aircraft owners to maintain their privacy and opt out of ADS-B real time flight tracking and it looks like this trend will need to continue long into the foreseeable future.