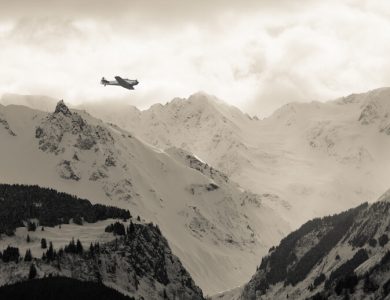 It’s easy for us to forget the importance of passing along critical PIREP information when encountering clear, mixed, or rime ice during flight. Those of us who fly professionally often take it for granted as we activate our deice and anti-icing equipment in conditions suitable for airframe or engine ice. While pilots with heated wings may not lose any sleep at night worrying about the effect of icing conditions on flight performance and aeronautical decision making, the rest of the flying world is very much in tune with the detrimental effects of ice.

I remember the not so “good old days” of flying a Turbo Commander at 2 a.m. over the mountains of Vermont, cringing when the chunks of ice would shed off the props and make a very distinctive sound as they loudly hit the fuselage. Flying into icing conditions certainly didn’t fit my definition of fun times.

I would, of course, check all the icing forecasts that I could, but in reality, they were just educated guesses. The CIP and FIP only display icing potential. Unfortunately, with all the technology that we have today, there is still nothing available to reliably warn pilots of actual icing, no matter the type. That job falls to the pilots who are experiencing the icing conditions first hand, and the only way to let others know about what you are seeing is to file a PIREP.

PIREPs are the only weather reports that contain actual observations of in flight icing. They are the most direct way that pilots can help other pilots and are actually required when encountering unforecast conditions that could significantly affect your flight.

When reporting in-flight icing, the ice must be classified as either rime ice, clear ice or mixed. In addition, the severity must also be reported. There are 4 levels of severity: trace, light, moderate and severe. The severity level is not based on a predetermined amount, rather it is described as a rate of accumulation.

Judging the icing severity and type is relatively subjective and greatly dependent upon the pilot making the report. Regardless of their accuracy, any warning is better than no warning. The severity of the icing encounter also depends in part on the aircraft itself. Slower aircraft are in the icing conditions longer and are exposed to the hazard for a longer period of time. If a single engine piston aircraft reports moderate ice, a multi engine turboprop will probably describe the encounter as light. On the other hand, if a 737 reports moderate to severe conditions, then everyone else ought to avoid the area like the plague.

The standard PIREP format is quite lengthy and includes as much detail about the encounter as possible, but PIREPs in any form, with any amount of detail are welcomed and appreciated. Simply tell ATC that you would like to make an icing PIREP and include as much information as you can. Try to include:

PIREPs can also help pilots plan an escape route by providing cloud bases, tops and temperatures at altitudes. The next time you flip your deicing equipment to the ON position, take a second to report the conditions to ATC. You may be doing a fellow aviator a huge favor!