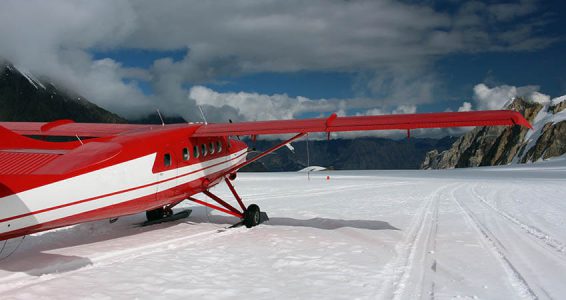 As temperatures across the U.S. seem to be dropping, it only seems appropriate to write about Arctic Flying (since most of the U.S. feels like the Arctic currently). With this particularly chilly region comes idiosyncrasies of weather and climate to be aware of while flying. Now, let’s explore what to expect when you’re flying in the Arctic.

Generally speaking, the Arctic spans across all of the northern regions. It sits within the Arctic Circle which is 66.5° N latitude (see image below). There are certain hazards when flying in the Arctic to be aware of, and among these hazards are visibility limitations due to weather conditions. 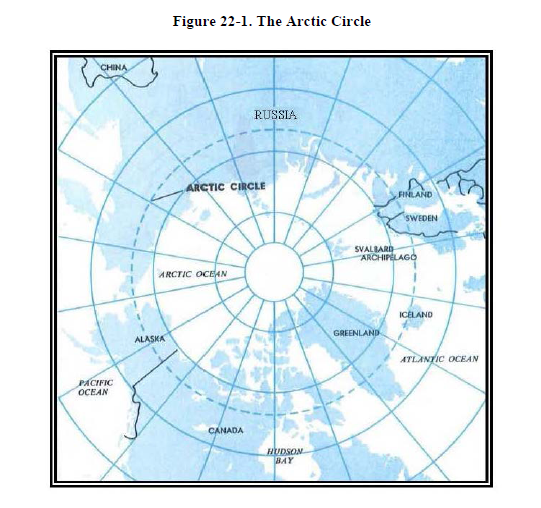 In the winter, air masses form from the permafrost and carry very cold surface air, very low humidity, and strong low-level temperature inversions. Intense low-level temperature inversions cause light rays to bend as they pass at low angles. This effect, known as looming, creates the appearance of objects beyond the horizon to appear above the horizon. Common distortions include the shape of the sun and the moon, creating a particular hazard while flying.

Other ocular hazards in the Arctic include light reflections from snow-covered surfaces. Whether it’s light from the moon, sun, or stars, the reflection from these celestial bodies on the snow creates a rather intense brightness. In fact, only under severe overcast skies does the darkness at night in the Arctic match the darkness found in lower latitudes.

Lack of contrast (whiteout or flat light) also land on the list of visual restrictions, typically occurring in the spring and fall. This becomes a particular problem for visual flight, as the horizon seemingly disappears, making buildings, people, and dark-colored objects appear to float in the air. This makes the mountain ranges or other flying hazards extremely difficult to distinguish under these conditions. 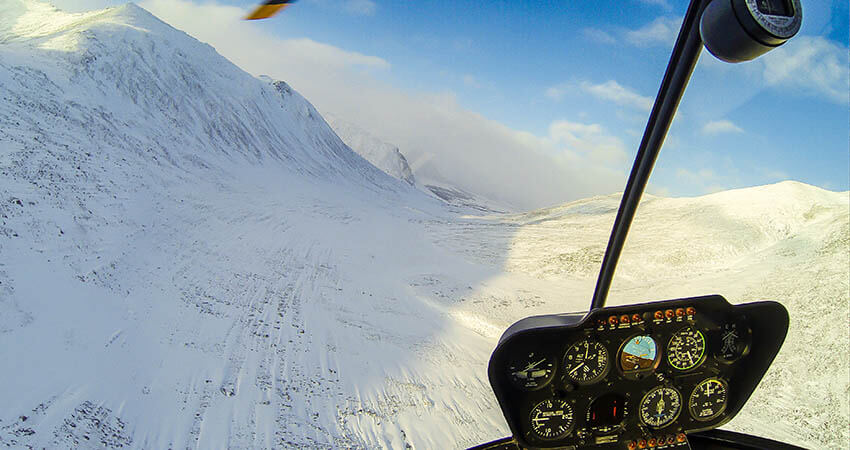 Loss of visibility can also occur during blowing and drifting snow conditions. A sudden increase of surface wind can pick up the light, fine snow of the Arctic and create a visibility obstruction. With the snow in the air, what may previously have been perfect visibility can turn to nearly zero visibility in only a few minutes.

Overall, if you prepare for the oddities and ever-changing weather of the Arctic, flying in this region will be smooth and simple. Remember to listen to weather reports and to update areas with changing weather for fellow pilots. The more prepared you and everyone else, the better and safer the flight.

PrevPreviousSpeak like a Pilot: Phrases to Avoid
NextOperational Changes at SMO: What You Need to KnowNext