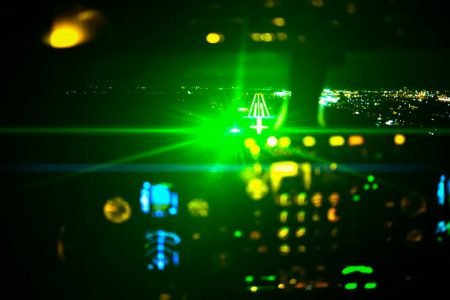 Aviation airspace may stop seeing so many lasers during flights

It amazes me that the authorities can locate the offenders in a laser attack on an aircraft. Think about all the aviation airspace up there; the laser-pointing criminals can be anywhere on the ground. They can be in a moving truck, a moving boat, alone in a field – honestly, how do they catch these people?

The danger is real, especially for single-pilot airplanes or helicopters. It’s not just the blind pilot in trouble; it’s also the passengers and the communities they are flying over. In EMS helicopters and fixed-wing aircraft, the med crew and patients are in just as much danger as the pilot. When I worked for a Mercy Flight company, our flight crews were “lasered” more times than I want to remember.

So how ARE they caught? Apparently, in most cases, it’s more luck than anything else. But that may be changing. The FAA has just announced the development of new software for analyzing laser strikes, and amazingly the program can look back to 2010!

The visualization tool can identify trends related to geographic area, per capita data, time of day, and year. For example, for some reason, laser strikes increased in 2020, despite the reduced number of flights due to the pandemic. The FAA reported over 6500 laser strikes from pilots, which is the highest annual total since 2016.

If a person is caught shining a laser at an aircraft, there are harsh penalties. The starting point for FAA fines is up to $11,000 per violation and over $30,000 for multiple offenses. Hopefully this new software will help the authorities keep the aviation airspace safer for the flying public. The more of these people caught, the bigger the message we delivered to leave pilots alone.