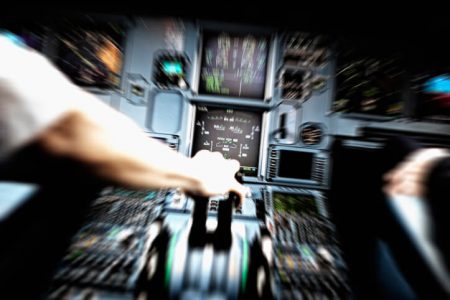 Could more or different pilot training have helped in the Atlas Air Accident?

I just read some very disturbing news about the Atlas Air “Giant” accident in Houston. Inside sources say this could be one of the worst cases of pilot training error in recent history and if that’s true, it’s time to get back to the basics of flying. I’m not saying with any certainty that what I read is 100% true or even documented, but it sure is worth talking about because it makes sense of an accident that makes no sense. The 767 is an aircraft with an excellent safety record and they don’t just fall out of the sky for no reason.

The post that I read was in an aviation forum for freight pilots and it sounds like the accident investigators are finally piecing together what happened on that ill-fated flight. All was normal as they set up for the approach – they were flying at 6000 feet when the copilot (who was flying) called for flaps. Since the flap lever is on the First Officers side, the Captain had to reach over the throttle quadrant to get to the lever, and in doing so, it appears that he may have accidentally bumped the go-around switch, activating a full throttle response.

Talk around the hangar is that the aircraft immediately began to climb, which led the F/O to push forward on the yoke, but with the engines developing full power, the aircraft started accelerating at an alarming rate. When the Captain realized this, without a word, he grabbed hold of the yoke and started pulling back, exactly opposite of what the FO was doing. The opposing forces were too much for the flight controls and the Captain’s shear pin broke and left him without any control at all. All while the engines were still at full power.

Someone finally realized this (it’s unclear who) and brought the power levers back to idle. The aircraft began to pull out of the dive, but at this point it was too little, too late and they slammed into the water at almost 6000 feet per minute.

Right now it is too soon to tell what exactly caused the crash. Investigators anticipate a long road before they know the exact cause of this crash.

Regardless of what the official cause turns out to be, we can all learn something from the events that led up to this tragic loss.