Aviation Weather – A Story of a Not So Pretty Spring Shower 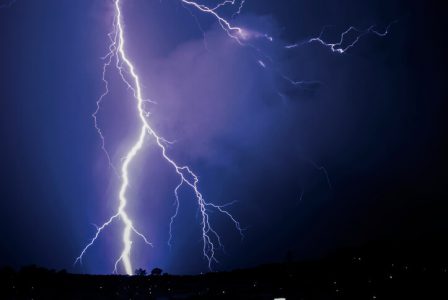 From Ice to Rain – Aviation Weather Can Still Dampen a Flight

Spring is here! That magnificent time of the year when the snow is melting and the promise of kinder and gentler aviation weather is on the minds of all winter weary pilots…. But spring is not all sunshine, tailwinds and blue skies, as I can tell you. Right around this time of year, hangar talk quickly shifts from airframe icing and slippery runways to thunderstorms and windshear.

The day in question was a particularly nasty day in the southeast and a fast moving cold front with severe thunderstorms instantly reminded a bunch of us why we need to be extra vigilant when dealing with aviation weather in the spring. I know this is a rookie mistake, but it’s a good reminder for us all, so I’m going to share it with you.

We were flying from point a to point b, a route that should have been a non event because we knew about the forecast for stormy weather. We also knew that we would be safely on the ground again before the storms hit….well, until the boss called to say he was running late. Strike 1.

Because of the delay, the front (with numerous tornadoes) was going to pass directly over our destination airport when we were scheduled to arrive. Of course we chose to wait it out on the ground at our departure airport. We waited until the weather had ALMOST passed through our destination. Strike 2.

To make a long story short, we departed with plenty of time to avoid the weather, but mother nature had other plans. In the race to the airport, we ended up in a dead tie with the storm. A tie that we thought we would win since the biggest cell was just past the departure end of the runway we were using. We were cleared for the approach, but I could see that there was precipitation between us and the airport. The good news was that it was all green on the radar. The bad news was that it was more than just rain. It was misty rain. Foggy, misty rain. And from the time we started the approach until we were about 2 miles out, the visibility went from 5 miles to ¼ mile. And it got rougher and rougher, the lower we descended.

Because of the rapidly decreasing visibility, we decided to abandon the approach about 2 miles out, thinking we would have enough time to make a turn before the red weather blob that was now squarely over the missed approach. I made the request to ATC, but suddenly we were on the busiest frequency on the radio! I couldn’t get a word in!! We had every intention of turning before the weather, which had rapidly become a very serious problem for us, but which way? We had no idea if there was other traffic in the area and which way the controller would want us to go. We just knew that we couldn’t go straight ahead, which was the missed approach path. Strike 3.

When ATC finally answered, we were cleared for the missed approach, straight through the storm. We didn’t have enough time to explain the situation on the very busy frequency, so while we avoided the worst of it, we definitely had a very rough ride while sorting out our next move.

Looking back, there were many things I could have – and should have – done differently but those old excuses keep rearing their ugly heads: It all happened so fast….I don’t know why I couldn’t get a word in on the radio… I’ve never seen visibility decrease that rapidly and so completely in such a short amount of time… I thought we could sneak in before the weather ….The visibility and ceiling were fine when we started….

All just excuses. When flying in convective aviation weather, expect the unexpected. Brief the missed approach with each other AND with the approach controller. If the unexpected happens, where is your escape route? What will ATC allow you to do? Make sure you all are on the same page and that you have a plan that everyone agrees will be a safe option. Yes, we could have declared an emergency, but I’m not sure it would turned out any differently. There just wasn’t enough time or space to maneuver when we made the decision to abandon the approach.

Fly safe out there!