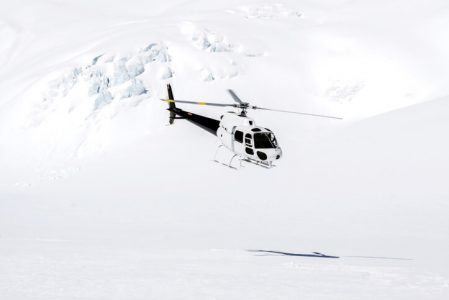 White out, brown out and flat light conditions are dangerous aviation weather phenomena for all pilots, but helicopter pilots seem to suffer more ill effects than their fixed wing counterparts. Spatial disorientation is listed as the primary factor in countless helicopter accident reports, and should be discussed and included in all levels of pilot training.

Helicopter pilots need to take extra precautions to avoid these conditions, up to and including canceling the flight or at least delaying it. Unfortunately many pilots believe that their skill level is sufficient to get the helicopter on the ground in poor lighting or visibility, but often it is not.

One particular accident report has left me scratching my head, but then again, I realize that this pilot is not alone in his careless and reckless behavior. The report said that he lost visual references while flying over “remote areas with almost no ambient or cultural sources of light” on a dark, moonless night. I’ll agree that this in itself is not necessarily careless or reckless. However…

The pilot did not have an instrument rating, nor was the helicopter certified for IFR flight. The emergency locator transmitter was turned off, neither the pilot nor his wife were wearing seatbelts and a flight plan was not filed and nobody knew about the flight. The helicopter was not reported missing for 36 hours and was not discovered until a week after the crash.

Visibilities as low as 1 mile in snow were reported in the area. Tree damage and impact signatures in the wreckage indicated that the helicopter struck the ground in a steep, nose down, left bank attitude – classic loss of orientation. Both the pilot and his wife died.

Was this accident preventable? Maybe. Pressing on when the weather conditions are deteriorating, or when you are having a hard time identifying the ground, is often a recipe for disaster. Helicopter pilots should be trained to at least keep the ship straight and level when flying solely by reference to their instruments. Regardless of their experience level, this needs to be a minimum requirement that is practiced on a regular basis.

Brown out, white out, and flat light conditions should also be required training for all levels of pilot competency. Know how to get back on the ground using your instruments instead of outside reference. Remember that the deteriorating conditions could be self induced as you descend over snow, dirt or sand, so always be ready to transition inside or climb to get back into visual conditions.