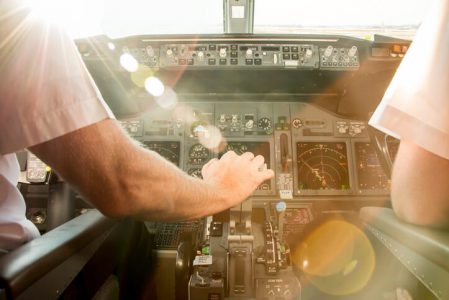 Crew Resource Management may include listening to your gut

Imagine screaming down the runway at 100 knots, fully expecting the nose to lift off, but nothing is happening. Now imagine that you’re the pilot not flying (PNF) and you don’t know WHY the nose is not lifting off. What do you do? Crew Resource Management communication is not always verbal and it’s not always crystal clear. Sometimes it’s just a feeling that something is wrong.

The pilot flying stated to the NTSB that he felt a “weird sensation” when the aircraft didn’t lift off at Vr. He then said that he tried a second time to rotate with no response and that is when the PNF called for the abort. I say good for the PNF. Maybe the pilot flying was fixated on getting the airplane in the air and didn’t notice the runway flying by.

I also say good for the pilot flying for immediately responding to the “abort” callout by his partner. It is unknown if he would have tried to rotate a third time and if so, it’s possible that all 10 people on board would not have been able to walk away from the accident. Seconds count in a high speed abort – the passengers were lucky this time.

It does make you think about the typical reasons for initiating a high speed abort: engine failure or fire, loss of directional control, or any red warning light. Not many pilots include a “weird feeling” in their safety briefing, but maybe we should. The PNF in this case knew that they should have been in the air and correctly called for the abort. He didn’t know why they weren’t flying and I’m guessing he didn’t really care at the moment.

Unfortunately the aircraft departed the end of the runway and impacted a ditch, finally coming to rest in a grass covered area where it was consumed by fire. But fortunately, all of the passengers and crew escaped. If the PNF had waited for more verbal input from the flying pilot, this might have ended differently.

Sometimes we have to trust our gut that something isn’t right. We also have to trust our flying partner – maybe he or she sees something that we don’t. Crew Resource Management communication does not always have to be verbal and concise. If I hear “Abort”, I’m stopping the plane and asking questions later. We all should do the same.