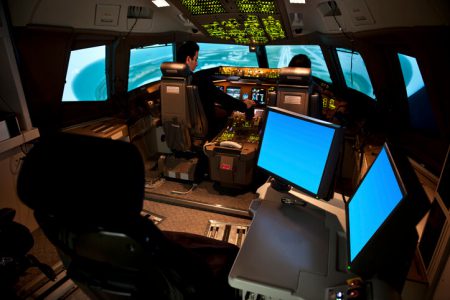 There is a new trend in pilot training that I had the chance to witness first hand in my initial Falcon 2000 Type Rating class. I must admit, this new trend makes me uneasy on multiple levels.

There were 4 of us in the class. We went around the room introducing ourselves and sharing our pilot background and flight time. Two of us were ex-airline and one pilot had a corporate background, all with multiple thousands of hours experience.

The fourth pilot, however, quietly said that he was a C one five two pilot. We all looked at each other, wondering if this was the identifier of a new business jet that we had never heard of, but then the instructor asked about his flight time and he said he had flown 200 hours. Silence. None of us knew what to say.

I almost wanted to ask if he was in the right room, or even the right building, but clearly he was. He was on the list to become a Falcon 2000 pilot in roughly 3 weeks. My first thought was shame on the Training Company for taking his money without any regard for a prerequisite skill set that would be impossible for him to have.

But when I found out that we were paired together as sim partners, my concern became purely selfish. A sim partner can make or break you in training and clearly I would be getting no help whatsoever from him when I asked for technical things that I was certain he wouldn’t be able to deliver.

I will admit, he surprised all of us during the ground school portion. He was very intelligent and could keep up with the book work and memorization of procedures and limitations etc. But could he fly a Falcon 2000?

The short answer is no. Of course not. And it was terrifying. Exactly what I expected. A total disaster. But eventually he learned that the autopilot was his friend. He would wallow and limp the jet into the air and turn on the autopilot at the earliest possible time. Yes, he is only here for an SIC Type and yes, it’s for another Country, but still.

I know there is a serious pilot shortage brewing in the United States; I don’t think my class was one of a kind to have an inexperienced pilot taking part. I think this is happening a lot and will continue to happen well into the future. Instructors can teach inexperienced, extremely low time pilots how to pass a checkride using memorization and rote learning, but in no way does that make a safe pilot out there in the real world. There is simply no substitute for flying experience. A pilot can know every procedure and emergency memory item backwards and forwards, but that doesn’t help if the Captain passes out or needs quick action to save the plane, especially a jet flying mach .85 at 47,000 feet.

Simulators are becoming extremely advanced and definitely have a place in the future of aviation safety. But a foundational basic skill set will always be required to safely transition to larger, faster aircraft. I’m afraid that foundation will disappear as the pilot shortage grows. We may have hundreds, if not thousands of pilots who do not know how to hand fly an aircraft in an emergency situation and that makes me very afraid for the future. Pilot training can only do so much. Experience must do the rest.