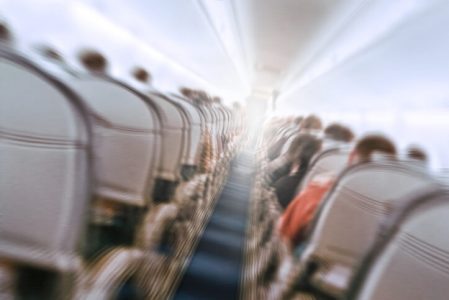 Aviation weather is not something to mess with

Here’s the million-dollar question: Did the Russian Airbus take a wild ride because of aviation weather, or was it something more sinister?

If you haven’t heard, a Russian Airbus A321neo, with 199 passengers and 7 crew members on board, narrowly averted disaster recently. The jet started wildly gyrating shortly after takeoff, and the crew barely regained control. They are being called heroes after they landed safely, but I have a few questions.

The jet departed the Magadan airport in eastern Russia, and soon after, the violent pitch changes and extreme bank angles began. The crew declared an airframe icing emergency and disconnected the autopilot (not sure what happened for them to do that, but maybe we’ll learn that in the ongoing investigation).

The plane spent about 5 minutes at roughly 9000 feet, and then things got wild. Specifically, they experienced 7 minutes of rapid oscillations exceeding all kinds of flight parameters, which the Airbus is not supposed to allow. According to reports, the pitch varied between -23.9 and +43.6 degrees, while the bank angle exceeded 90 degrees.

The altitude was all over the place too, climbing to almost 15,000 feet before diving back down to 5000 and then climbing back up again. To say that altitude was challenging to control had to be the understatement of the year. But what was happening? What was causing the extreme oscillations?

Reports suggest that the Airbus departed into significant icing conditions. There were also hints of “counterfeit” de-icing fluid. That’s a new one for me – I’ve never even considered the possibility that such a thing exists. Or maybe it was human error and improper de-icing before departure? But I just can’t stop the questions from coming. Didn’t they check the wings after the de-icing was complete?

Then, after the 7 minutes of wild gyrations, which included 2 (yes, TWO) unsuccessful landing attempts at the departure airport, they kept going. They kept going for FIVE hours before landing at an alternate (the original destination was not possible because of all the extra fuel they burned in the first 12 minutes of the flight).

Let’s think about that for a minute. First, sit in your chair and wait for 7 minutes to pass. I guarantee it will seem like an eternity. Now, fill in that empty time and space with the wild gyrations (their words, not mine) of an out-of-control airline, and you tell me if you would want to continue to your destination for the next five hours.

What about the structural integrity of the aircraft? It’s unthinkable to go through such extreme attitudes without at least a once over by a qualified mechanic. If I was the pilot, I would want the bird on the ground as soon as I had the slightest bit of regained control. These Russian pilots must be pretty tough to continue for an additional 5 hours.

In the end, the flight crew is being hailed as heroes for saving all those lives. But did they irresponsibly take off into aviation weather that was too extreme for the aircraft to handle? Did they not check the wings after being de-iced on the ground? Or was it an aircraft problem that might re-occur like the Boeing Max saga? Hopefully the investigation will provide some answers, but I do question the judgment of a crew that would continue after such a horrific experience. May this be a reminder to all of us that mother nature is a powerful force and should be respected at all times.

PrevPreviousPart 135 Pilot Openings May Be Easier to Fill with New App
NextFlight Plan: A New App Helps You Know Before You GoNext