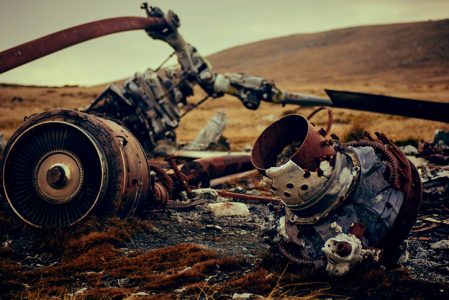 Aviation training is upgrading as new technologies are developed

All the technology in the world isn’t going to help the VFR pilot who becomes disoriented after flying into aviation weather above his/her skill set. I’m sure there are some self-righting, auto-leveling devices out there, but for MOST cases, suddenly losing sight of the horizon will induce at least some level of panic, especially when up and down are no longer clearly defined.

Enter ICARUS, The Instrument Conditions Awareness Recognition and Understanding System invented by Nick Sinopoli, an engineer and pilot on a mission to end spatial disorientation accidents. Yes, that’s a tall order, but I believe he may be on to something. As a pilot who has received and given instrument training using the archaic vision restricting “hood,” I agree that something needs to be done to advance Inadvertent Instrument Meteorological Conditions training. What Nick has come up with is positively brilliant.

Nick’s drive to find a better way to train for the unexpected is personal. One of his friends was killed in a spatial disorientation accident. And one time, when Nick was training with a hood, it got stuck in his helmet, and his instructor had to forcefully yank it out. That was enough for him; he set out looking for a better way.

Can you believe that the technology for a vision restricting device hasn’t changed much since Jimmy Doolittle first flew with one in 1929? Yes, we now have foggles, which are at least less cumbersome than the big, long white hood, but come on, it’s so easy to cheat! I know we’re just cheating ourselves, but I’m pretty sure that the majority of pilots want to get through the training and figure things out for themselves later. Well, not anymore.

Here’s how the patented ICARUS works. It consists of a clear visor that changes transparency electronically. Brilliant, right? It’s a visor that wraps around a pilot’s field of vision. The material is clear, so the trainee can easily wear it to simulate flying in VMC conditions.

A typical “hood” or “foggle” is either on or off. The instructor or examiner has to say, “Put your hood down now” or “put on your foggles”. There’s no surprise or startle factor in that. With ICARUS, the pilot has a clear visor on all the time. To change the visibility, the instructor has to push a button on his/her smartphone or tablet to activate the ICARUS App, which will instantly reduce what the pilot sees.

The instructor can simulate all kinds of weather phenomena, from gradually reducing visibility (like you might see when flying into fog, rain, or snow) or instantly eliminating ALL forward visibility, simulating punching into clouds. The student has no idea when the instructor will push the button or how long it will last. It’s possible to simulate going into and out of the clouds, followed by complete obscuration realistically. I love this so much I almost want to get back into flight instruction.

The difference between this training and standard hood training is the benefit of the surprise factor. ICARUS teaches the student what low visibility looks like and how to react to it instantly. Then, if he/she gets into an actual weather situation, they won’t panic because they’ve seen it before. This training device works equally well for helicopters and airplanes and is being requested by universities, flight schools, EMS operators, law enforcement, and the military. \

Instructors call ICARUS a game-changer, saying it even helps pilots train for brownout and whiteout conditions. The applications for this invention are ever-expanding and will, no doubt, make safer pilots. Aviation weather can be very unforgiving, but thanks to Nick Sinopoli, we now have one more weapon with which to fight back.