Aviation Weather and NOTAMs are Not Equal in Ease of Use 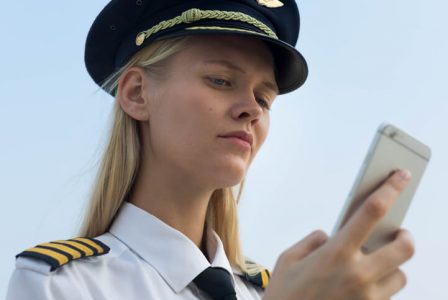 Aviation weather checks are easy, but deciphering NOTAMs is a unnecessary hassle

Aviation weather and NOTAMs (Notices to Airmen) have always gone hand in hand; you check one, you check the other. Yet, while aviation weather has become increasingly easier to find and interpret, the NOTAMs system has remained frustratingly archaic. Why is that?

I know firsthand about missing important flight information that is buried in a pile of meaningless mumbo jumbo. I landed on a runway that was NOTAM’d closed for a few hours in the middle of the night – not sure how I missed it, but I did. It was at an airport with a control tower that closed at 10:00 PM, so it was uncontrolled overnight.

Here’s the thing, though: it was only closed to civilian traffic, not military. So the approach lights were on, the runway lights were on, the approaches were up and running – everything sure looked as normal as can be. To this day, I have no idea why it was OK to land a heavy military transport on that runway, but not a turbo commander with a critically ill patient on board.

I know the airport manager at the uncontrolled airport in my hometown, and let me tell you, posting a NOTAMs is not rocket science. Sometimes he remembers to do it, and sometimes he doesn’t. Occasionally he publishes something and forgets to take it down. So the single runway is closed per NOTAMs, but in reality, it’s not closed at all. The system needs to be revamped.

Maybe that’s why NTSB Chairman Robert Sumwalt said that “NOTAMs are just a bunch of garbage that nobody pays any attention to.” Unfortunately, he couldn’t be more correct. He made that comment during a 2018 hearing about an Air Canada incident where the pilots missed a critical piece of information (it’s NOT just me).

Somewhere buried in their 27-page briefing packet was the information that one of the two runways at their destination was closed. Because they didn’t realize the runway was closed, they lined up using the wrong reference point and almost landed on a taxiway, narrowly missing four aircraft waiting to take off. Fortunately, they realized their error at the last possible second and proceeded to go around, but it could have been an enormous disaster.

Even before these two incidents (Air Canada and me), critics were calling for an overhaul of the NOTAMs system. They claimed data overload was a safety hazard. Due to all the complaining, the International Civil Aviation Organization (ICAO) is now leading the effort to restructure the NOTAMs system.

According to ICAO, a fifth of roughly 36,000 active notices are still on file beyond their expiration dates (apparently, my airport manager is not the only one not paying attention). So the first step is to purge outdated NOTAMs.

Then ICAO proposes that critical warnings be prioritized at the top of the briefing package while information that is not pertinent to the flight be eliminated by airline dispatch. If you’re not lucky enough to have a dispatcher, then you’re on your own with this step.

Finally, and this is huge, ICAO is suggesting that the format be updated so that pilots can read the NOTAMs and understand what the warning is all about. That means using standardized language, including full words, punctuation, and time formats that make sense. By the way, that’s probably why I missed the runway closure in the middle of the night – I couldn’t make heads or tails of all the times in the notice- they do all string together and end up not making much sense by the end.

In my opinion, a new system can’t come soon enough. It’s not right that I spend twice as long deciphering the NOTAMs as I do reviewing the aviation weather forecast. Honestly, I’m sure many pilots just skim over all the pages looking specifically for major outages, but that defeats the purpose of the system.