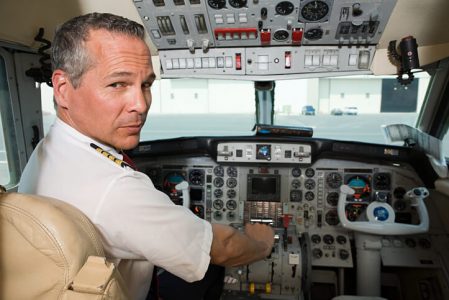 Single Pilot Resource Management (SRM) is about to get real. Not that it wasn’t already real and crucial for the thousands of single pilots who benefit from the skill set it offers, but it’s about to take on a whole new meaning. Sikorsky and FedEx are quietly working on technologies to permit single-pilot operation on large, commercial airplanes, and it’s a game-changer.

We all know that once a pilot is familiar enough with his/her aircraft, the level of confidence needed to fly single-pilot is easily attainable. I have been there myself, many times. It’s simply a factor of being comfortable with the flows and procedures on both sides of the throttle quadrant. But imagine if the aircraft was designed or retrofitted with the technology that enabled one pilot to do all things quickly and effortlessly? Now that’s something. Both Sikorsky and FedEx are currently testing an ATR 42-300 aircraft for single-pilot operation at the Waterbury-Oxford Airport in Connecticut.

The “test” ATR has been converted to a freighter and is the biggest platform outfitted with the new technology so far. The safety and practicality of the single pilot airliner class aircraft have been debated for decades, but it looks like the idea is finally moving forward. Once the cargo industry successfully transitions to the single-pilot operation, passengers won’t be too far behind.

Learning single-pilot resource management skills will be a critical component to the safe operation of these large aircraft. Managing outside and onboard resources is vital in assessing risks and making good decisions when the pilot is alone. I’m not convinced that passengers will be satisfied with just one human on the flight deck, but the boxes won’t care for now. Like everything in the aviation industry, we continue to grow and improve.