Be a Good Neighbor: Flight Plan for Noise Reduction 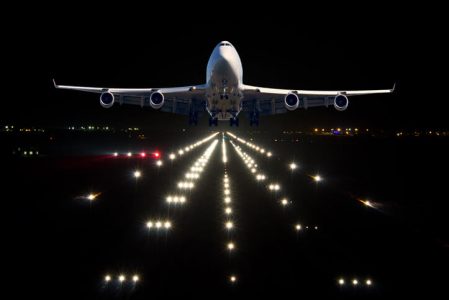 My neighbor recently bought the most obnoxiously loud 4-wheel ATV, and he’s not afraid to use it. He is not a good neighbor. It reminds me that as pilots, we must be good neighbors to the areas we fly above. A flight plan with noise courtesy in mind is a good start.

We’ve all seen the noise abatement signs at the end of the departure runways, and I’m sure we will try to do our best. However, sometimes it’s hard to comply to follow the signs to the letter unless it’s mandatory; even then, it’s a gray area. Yes, I know there are noise monitor sites around the most noise-sensitive airports, but safety first, right?

Many airports don’t have signs, nor are there any permanent notices on the charts. Hence, the only way to know about noise-sensitive areas is to look around the FBO for signs on the bulletin board or talk to the airport personnel to see the preferential procedures.

It’s good to stay friendly and courteous to the surrounding communities. You may say you don’t care about the guy trying to watch tv as you go thundering overhead, but if you get enough of those residents angry, you’re probably going to hear about it. Maybe not right away, but eventually, when they lobby to close the airport or restrict your type of airplane from landing there, you’ll get the message.

Van Nuys airport in California has opted to reward good aviation neighbors rather than punish the bad. They have been working on lowering noise levels since 1981, including both mandatory curfews and voluntary procedures. The aviation companies and corporate flight departments who operate jets at reduced noise levels are eligible for a Friendly Flyer Award, and 18 aircraft operators received this award for 2021.

I sometimes look at the communities built around existing airports and think they have a lot of nerve complaining about the noise there before they moved in. But then I remember that times have changed, and noisy jets have replaced quieter planes from the past. So if we can file our flight plans to accommodate the noise abatement procedures, everybody wins.