CFIT Avoidance with a Disabled TAWS 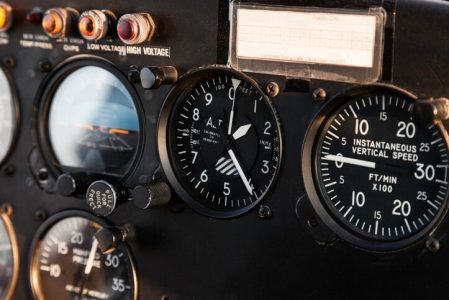 What’s the expression they say when you do something foolish and you don’t know it until someone points it out to you? “Egg on your face,” or something like that? Well, my face was covered in egg after a particularly grueling approach into a mountainous airport out west. You would think that CFIT avoidance would have been top of mind, but I guess not so much for whatever reason. I’m not at all proud of this, but life happens and we learn.

The forecast was calling for VFR, so I’m sure we had our guard down and we’d been into this airport many times before, so we briefed the approach and pressed on. Unfortunately, a rogue burst of snow was also on the approach and we had to get our act together rather quickly. It started as 7 miles in light snow when we were about 15 minutes out and every few minutes the visibility decreased by about a mile. By the time we were beginning the approach, I had the ASOS on a continuous loop and it was just about at minimums when we passed the final approach.

By now, we knew it was time to be serious, we re-briefed the minimums and missed approach and everything we could, and when the callout for minimums was made, we didn’t even see the glow of the bright runway lights. Nothing. Nada. And away we went. Again, I’m not proud of this. We should have been more prepared. The “miss” went okay, but we sure were busy, at night, in the snow, in the mountains.

Back home, weeks later, I was sharing this tale of woe with one of our other pilots when he asked the simple question, “Was the terrain map helpful”? Silence. Long pause. “Yeah, sure it was. Of course it was”. But just between you and me, we had forgotten all about the little switch that activated our TAWS (Terrain Avoidance Warning System). Never. Even. Turned. It. On. Too busy and distracted, I guess.

We survived, despite the egg dripping from our chin. But a newlywed couple in Texas was not so lucky. It was their wedding day and the plan was to leave the reception held at a private ranch and fly via helicopter to the San Antonio airport to catch an airline flight to their honeymoon destination. Their pilot was a 76-year-old Vietnam veteran with over 23,000 hours of flight time. All three died when the helicopter crashed less than 5 miles from its departure point.

The accident occurred just before midnight under a clear sky. The pilot held an instrument helicopter rating, but for whatever reason, he too neglected to turn on his TAWS, maybe because of the clear skies? He also failed to set the correct barometric pressure, causing his altimeter to read 80 feet higher than their actual altitude. The helicopter hit the mountain 100 feet from the top.

It’s a simple push of a button or flick of a switch. CFIT avoidance made easy…if you remember to turn it on. Aviation technology is on fire these days. I can’t believe how archaic flying was when I started versus how easy it is now to maintain situational awareness with all the fancy gizmos and gadgets. But you might as well be flying blind if you don’t use everything available to you. I’ve learned my lesson.