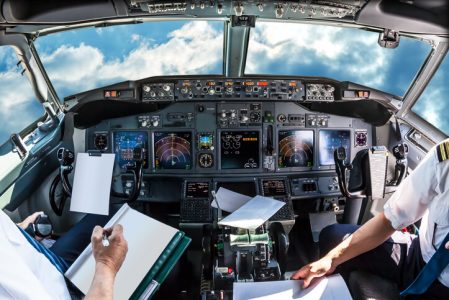 Cockpit video recorders are on the list for part 135 operations

Video recorders made the NTSB’s Most Wanted List. This is a big deal. The NTSB wants video recorders on all passenger-carrying commercial aircraft. I know the aviation world is in an uproar at video recording everything we do, but let’s think about this for a moment.

What is the first thing you think of when you hear about an aviation accident – especially an accident that hits close to home (in the same kind of plane you fly or the same type of flying (business jets, airline, EMS)? I can tell you what I’m wondering. I want to know the cause of the accident, and I want to know NOW!

I want to know if what happened to them could happen to me; I don’t care how the experts discover what happened. Did the pilots miss something important on the checklist? Did they exceed the limits of the airplane? Was it weather related? Have I ever done what they did? There are so many questions that matter to me after an accident.

I’m a little surprised that pilots generally hate the idea of video recorders in the cockpit. I also understand that the NTSB is in favor of the technology. So much so that they have included crash-resistant video recorders on their Most Wanted List of transportation improvements. They are hopeful that the FAA will mandate video recorders sooner rather than later.

The FAA, however, is concerned with a slew of issues relating to the video recordings, including privacy concerns, security, cost, and limited resources. All valid concerns that I agree with. As an alternative, they are looking at other image-capturing devices that could record pictures of cockpit displays and positions of switches and controls.

On the other hand, pilots are concerned that video images would provide inaccurate data during an investigation, leading to wrong conclusions. Therefore, the Airline Pilots Association International (ALPA) would rather see enhancements made to our current safety systems so that we can record more data at a higher level of quality instead of simply adding a video recorder to the mix.

I can see that all involved have valid points. Privacy issues and lawsuits are hot topics and will, no doubt, continue well into the future. Whichever side we are all on, I’m sure aviation safety is top of mind for all, whether we fly Part 135, 121, or 91. Hopefully, when a decision is made, we will all be safer each time we fly.