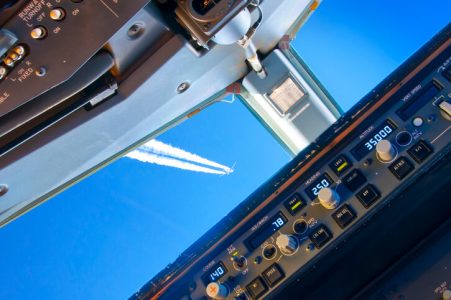 Not too long ago, some friends of mine planned a fly-in breakfast trip for their local flying club members. They all woke up early on a Saturday morning and fired up their engines like they were the Blue Angels. One by one, they launched their Piper Cubs, Cessnas, and Cherokees into the uncontrolled aviation airspace, mouths watering for the hot pancakes and syrup that waited for them a mere 30 minutes away.

A Cessna overran a Cub in one horrifying moment, causing both planes to crash, and neither aircraft made it to the destination. Hopefully, they didn’t have time to know what happened, but more than likely, they did. All four people involved in the accident died that morning because the faster plane did not see the Cub until the moment of impact.

Accidents like this don’t happen often, but still, they do occur. Even more recently, a Cirrus overshot the final approach and plowed into an unsuspecting Metro, ripping off a substantial part of the fuselage. Everyone survived, but how did this happen? Both aircraft were landing at a busy airport and talking to the tower controllers.

Yes, it’s a vast blue sky with room for more airplanes than we can imagine. Still, as the skies get busier, especially with the addition of drones and unmanned aerial vehicles (UAV), it’s going to be more challenging to adhere to the “see and avoid” rule. Fortunately, Avidyne and Daedalean have teamed up to deliver a solution.

Daedalean is a Zurich-based company working on artificial intelligence (AI) applications for aviation. They partnered with Avidyne to develop their first AI-based avionics product. It is a see-and-avoid system that the FAA will hopefully approve by next year.

They chose a non-flight-critical system to make it easier for the certification process, but I think that my friends would have called an artificial set of eyes 100% critical for their flight on that fateful day. The see-and-avoid system will utilize 360-degree cameras that the AI avionics system will use to detect other aircraft.

Right now, Avidyne says they are not interested in replacing pilots with their technology, just assisting them. Their goal is to make airplanes safer and more straightforward to fly. Over the next decade, they will be working towards using AI as augmentation, not a pilot replacement. Avidyne and Daedalean are exploring several AI applications for crewed aircraft, with a lot of attention going towards the possibility of a pilot landing assistance system. I think it’s great that they are leading with a way to make our aviation airspace safer for the growing number of airplanes using it, but we can’t go wrong with a system that helps us grease our landings too. The future is going to be exciting for aviation. I can’t wait to see what companies like Avidyne and Daedalean come up with!