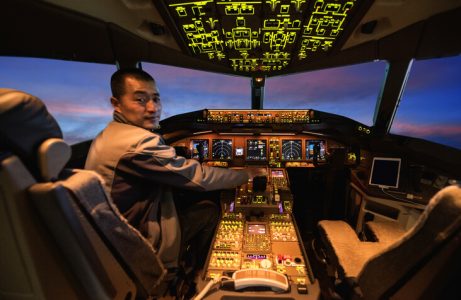 Single pilot resource management may soon be on the way for long-haul, heavy aircraft flights

My transition from an Airbus 320 to a Turbo Commander was certainly an eye-opener. I went from sitting 20 feet in the air in the Airbus to 6 inches above the ground in the Commander. I can’t tell you how many times I panicked because I thought I forgot to put the gear down while landing the little turboprop. But the most significant change of all was going from a two-pilot crew to one. Learning good single pilot resource management was key to the safe outcome of each flight.

Flying alone is challenging at best, extremely difficult at worst. The only positive thing is that the size and complexity of the aircraft are usually dramatically reduced when you are flying single pilot. However, Airbus and Cathay Pacific think that pilots can safely fly long-haul flights at cruise with just one pilot, which makes me both terrified and intrigued at the same time.

Don’t we need two pilots in case one of them gets sick? Aren’t two heads better than one when things get busy? Isn’t it great to have somebody to bounce ideas off of when the weather gets ugly? Not to mention help with emergencies or abnormal situations.

These possibilities are being considered with the latest technology that Airbus and Cathay Pacific are developing to enable single pilot, long-haul passenger flights in the A350. Right now, “Project Connect” is hoping to certify the jet for single pilot ops while at cruise altitudes, reducing the number of long-haul flight deck crewmembers to just two. The automation required to make this proposal a reality includes features such as an emergency descent mode that does NOT require pilot input and on-board monitoring of the pilot’s vital statistics and alertness.

Airbus has been working on similar technology for the past few years. In 2019, it launched its Disruptive Cockpit Concept (DISCO), attempting to enable single pilot operations for new Airbus aircraft. In 2018, Airbus introduced the Autonomous Taxi, Takeoff and Landing Project (ATTOL).

It looks like one way or another, single pilot resource management is about to be relevant to more than just small planes. I wonder how the flying public will feel about just one pilot – I’m guessing it won’t be their first choice, but it may be the only choice with the potential pilot shortage in the future. Hopefully, advanced technology will make a single pilot operation just as safe as a crew of two or more.