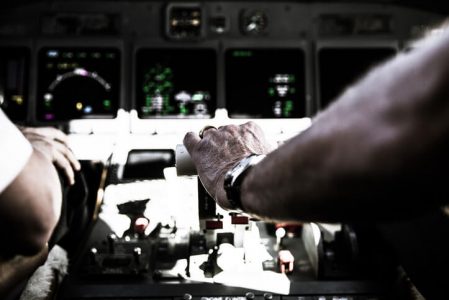 Things can go south fast in an airplane. In a blink of an eye you can find yourself scrambling to save your aircraft, or even your life. If it hasn’t happened to you yet, my advice is to be ready for it, whatever “it” is. Crew resource management was developed to help crews work together as a team in all kinds of circumstances, especially emergencies: both potential and actual. But what about the routine, average, run of the mill flight? When everything is going smoothly – how important is it that you are both actively engaged in the “boring” side of flying?

Several years ago, I was the sole instructor pilot for the company I flew for. We were hiring a new pilot, so it was my job to take him up for a test flight in our Cessna Citation – not a complicated airplane by any stretch of the imagination. The potential new hire was more than qualified, in fact he had more hours in type than I did, so I let my guard down. BIG mistake, especially since I didn’t know this guy, or his background, except for what he told me.

Maybe it was a gust of wind or a late flare or poor technique, but SOMETHING bad happened. Before I knew it, the nosewheel crunched on to the runway which caused him to abruptly pull back so that we were flying again and then the mains crunched on the runway, then the nose, then the mains and so on and so forth. We flopped down the runway until we ran out of flying speed, which was not nearly fast enough.

We were able to taxi back to the hangar, so I thought maybe we got away with it, but closer examination revealed a shredded nose wheel that had actually created shrapnel that sliced through the cabin. Long story short, the airplane was grounded FOREVER and was eventually sold at a loss, which meant I was out of a job.

So what did I learn? Bad things can happen to good pilots in an instant. In other words – be ready. Even if you’ve flown with someone a thousand times and you trust them with your family – be ready. For anything. There is actually a name for this: it’s called “Defensive Positioning”. You may be familiar with the term if you are a sports fan, but it’s appropriate for pilots as well as outfielders.

Basically, it means don’t sit with your arms crossed, looking out the window when you’re on short final or rotating for takeoff. You should be ready to take over the controls in an instant, because that’s all it’s going to take to break an airplane. Of course I don’t mean hover over the throttles and control wheel, posed to grab the controls if your flying partner hiccups. Instead, find a comfortable, natural position for your hands that will allow you to spring into immediate action, if necessary. My goal is to be “ready” without the other pilot knowing that I’m “ready”.

Same thing with the rudder pedals. I’m never flat footed anymore, but I also don’t rest my feet on the pedals either. Heels on the floor with your feet off the pedals, but close enough. It’s a skill that takes time to develop – you need to LOOK relaxed but be ready for immediate action.

And if you actually have to take over the controls, make sure the other person knows that is what’s happening! A firm “I have the controls” is far better than both of you wrestling with the yoke or the throttle, wondering who is doing what. That’s a recipe for an imminent disaster.

Crew resource management plays an important role in flight safety, but defensive positioning has a purpose too. It’s just more of a stealth, discreet backup plan that may one day save your life or the useful life of your airplane. Be ready!