Crew Resource Management for All Crews in the Company 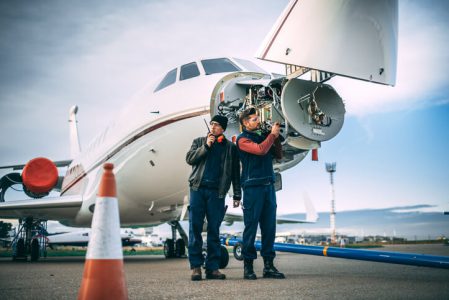 Crew resource management is not just for pilots

As a professional pilot, I am thoroughly familiar with such terms as crew resource management and situational awareness. I understand the safety benefits associated with these concepts and recognize that lives are lost when they are disregarded. I heard a story the other day though that made me question whether other aviation professionals should also adopt these practices (in fact, there is actually a term for mechanics called maintenance resource management). But consider the following example…

Several pilots and I were discussing a maintenance shop that was run by a notoriously volatile owner. Everyone knew about the reputation of this guy but he was the only game in town, so they were always busy. The mechanics that worked for him knew to give him a wide berth and to stand their ground when they were about to incur his wrath.

One particular day, a customer called to complain about something that had recently been done to his airplane. It wasn’t a safety issue, but would require that he bring the plane back to have the work redone (at no cost to the customer, of course). The shop owner traced the work back to a particular mechanic and all hell broke loose.

He found the mechanic’s workbench and with a sweeping motion of his arm, cleared the bench of all the tools, equipment, nuts, bolts, fasteners, wires – everything went flying and it all ended up on the floor, some never to be seen again. And those tools are expensive. The mechanic was furious.

I wonder about the psychological effect of that move. I equate it to a Captain treating an FO with zero respect. Or yelling at the poor copilot until they end up cowering in the corner, afraid to speak up or voice an opinion on anything. I think it happens to mechanics too; the effects can be just as deadly.

Mechanics can work as a crew. Some jobs are just too big for a single worker. How the mechanics get along and respect each other is a huge predictor on the efficiency and safety of the work being done. How the “boss” treats the worker is also of great importance.

We like to think that aviation professionals are super human and are able to put the safety of the passengers and crew above all else, but the truth is, we’re just as human as the next person. We have bad days and bring our problems to work too. That’s why checklists and standard operating procedures are so critical for those of us who fly.