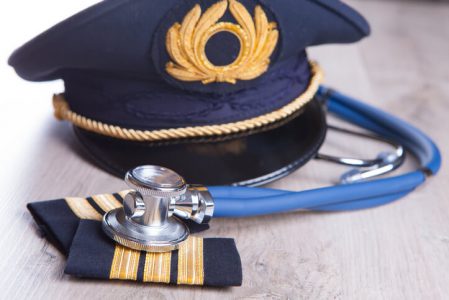 When my best friend told me that her son was interested in becoming a commercial pilot, she was over the moon excited. With all the family travel benefits and sky high salaries, she thought her son was on the path to a great career and she was thrilled. There was just one problem. An FAA First Class Medical was pretty much out of the question for her son. He had been diagnosed with diabetes at any early age and needed an insulin pump to control his symptoms.

But the times they are a changin’. The FAA is planning to allow pilots with insulin treated diabetes to apply for first and second class medicals – something that other countries have also recently allowed – as long as there is a second pilot on the flight deck. With the new treatments and monitoring available for pilots with diabetes, the FAA has reversed their long standing policy of no commercial diabetic pilots.

The concern has always been that a pilot may suffer an episode of high or low blood sugar in flight, potentially causing an emergency situation if he/she passes out. Even more dangerous is the hypoglycemic event, which can cause impaired cognitive function, seizures or even death. The FAA was not willing to take that chance, but advances in the treatment of diabetes, along with better management of blood sugars has mitigated that risk.

Federal Air Surgeon, Michael Berry says that, “The FAA has been able to develop an evidence based protocol that can both identify a subset of low risk applicants whose glycemic stability is sufficiently controlled and also ensure these pilots can safely maintain diabetic control for the duration of a commercial flight”.

The process won’t be easy, though. Pilots with insulin-treated diabetes will have to provide a comprehensive medical background and show a history of effective blood sugar management. If, they will be given a special-issuance medical certificate.

This is really great news for pilots who are able to control their blood sugar – I was sorry for the son of my friend, but he was able to choose a different career and go on with his life. What about the career pilot, though? The pilot who has been flying for most of his/her adult life, who has a family to support and who probably doesn’t know how to do anything else – a diabetes diagnosis was once a career ender for that pilot.

I am surprised, but happy, the FAA was willing to look at the data and reverse their earlier decision. There is no doubt that an FAA First Class Medical is something that must be taken seriously – hundreds of lives could be at stake, but to simply say that nobody with diabetes can fly a commercial aircraft is taking it to the other extreme. Individual assessments of medical conditions and qualifications will now be offered to diabetics, just like they are for cancer and other illnesses. This is good news for professional pilots everywhere.