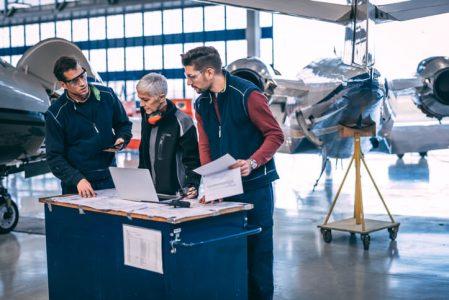 Do you remember the horrible accident involving an Embry Riddle student and his instructor several years ago? Both lost their lives when the wing snapped off their aircraft, causing the Piper Arrow to spiral into the ground. We spend so much time and energy doing a thorough pre-flight inspection because the FAA regulations require it, but what about the pieces and parts that we can’t see?

One of my biggest fears is what I can’t see during a routine pre-flight. I’m flying a “new to us” jet that has lived in Florida for most of its life; it’s pretty hard to miss all of the corrosion repairs and patches on the external skin of the wings. It makes me wonder what’s going on under the skin.

The problem with the Embry Riddle airplane was the extra stress on the wings brought on by all the low altitude flying and excessive takeoffs and landings. The extra stress created cracks in the main spar, which ultimately separated the wing from the fuselage at about 900 feet. In addition, the logbook reported some 33,000 takeoffs in about 7700 hours of flight time – about one every 15 minutes. That’s a lot of takeoffs and landings.

The spars on these Piper Arrows are normally inspected after 30,000 hours of normal use, but what’s normal use? Does that mean a training aircraft is automatically flagged for extra inspections? What if my company does a lot of short-hop flying, disproportionately increasing our landing cycles and therefore increasing the stress on the wings?

Help is on the way. ASTM International is developing a proposed standard for general aviation to establish a new practice for determining intervals for safe-life, inspection thresholds, and reoccurring inspections. A structure’s safe-life refers to the fact that it has been evaluated for repeated loads of different magnitudes that would be expected during its service life without creating detectable cracks. That’s what I’m talking about!

I want to know that the hidden parts of my airplane, and I mean the parts that I can’t inspect, are in good condition and are safe. But, most importantly, I want to know that someone who knows what they’re doing is inspecting the critical components at intervals that are going to stay on top of any developing problems.

The FAA regulations are meant to keep us out of trouble, but they do have their limits. There is an awful lot of inherent trust in aviation, especially on the maintenance side of things. I’m glad organizations are out there keeping an eye on something that may not be so obvious to pilots like me!