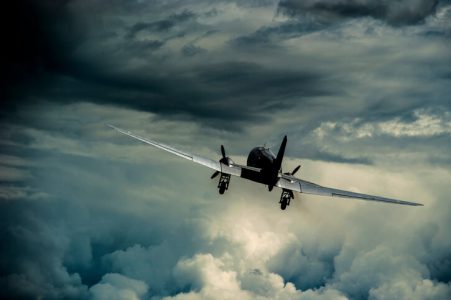 I hate turbulence. With more than 10,000 hours of flight time, I still hate turbulence. If there was a way for me to plan a flight that goes around turbulence, I would. Maybe I should be more used to it by now, or a little braver, but I’ve had a couple of experiences that scared the heck out of me and I can’t seem to let them go.

One flight in particular still sends shivers down my spine, even though it was years ago. It was an EMS medical flight with a med crew and an unconscious (thank goodness) patient – we were approaching Burlington Vermont, on a clear night with no weather within a hundred miles. We were flying over the mountains when I swear we hit a brick wall. It was violent and terrifying. I don’t even know how long it lasted, but I honestly thought we hit a mountain.

Turbulence is the number one cause of injuries in the commercial aviation industry, costing over $100 million per year in maintenance, safety and efficiency impacts. But, it turns out that there is something for turbulence awareness that is new and exciting. Aerotech Research has created the Turbulence Auto-PIREP System (TAPS) and it looks like a brilliant addition to aviation safety.

To date, turbulence awareness in flight is largely through pilot reports (PIREPs) which are often late, and always subjective. They are not easily transferred to other aircraft either. TAPS automatically reports turbulence encounters from aircraft, downlinks the report to the ground, and instantly shares the information with other aircraft and ATC. The system uses sensors and computers that are already on aircraft, along with existing data link networks, like ACARS. The reports are processed and disseminated to other participating aircraft within seconds, so that timely, evasive action can be taken when necessary.

So far, only airline customers are participating in the technology, but it won’t be long before general aviation is able to join in. Right now, airline dispatchers are looking at a real time integrated picture of turbulence encounters and aircraft position, allowing them to instantly communicate with aircraft to avoid encounters. Boy, I would have loved that during my rough flight in Vermont.

When this technology is available for everyone to use as they are checking weather and filing their flight plans, another level of safety will be added to our routine flights. Personally, I can’t wait.