Flight Plan: Two New TFRs around Area 51 for the Weekend 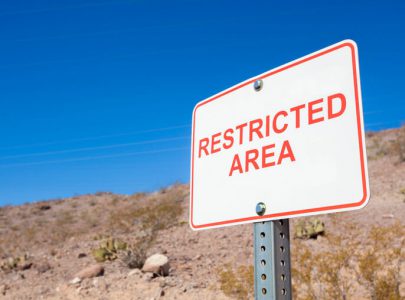 Effective September 18, 2018 at 7AM Pacific to Sunday, September 22, 2019 at 8PM Pacific are two new TFRs for the airspace around Area 51 military base in Nevada. This closing includes news helicopters, drones, and emergency service aircraft (medical, law enforcement, and firefighting operations).

What caused the FAA to issue two new restricted airspace TFRs over the area? An online joke that went viral.

Area 51, a secretive military base often spoken of in regards to alleged alien activity, and subsequent government cover-up in 1947, recently became the subject of a Facebook group called “Storm Area 51”. The idea was that the more people who showed up at the base at once, the more likely for someone to breach the secure base in search of spaceships and aliens.

Though the original idea to storm the base enmasse has instead turned into an outdoor music festival in Las Vegas. The government is still taking the possibility of extra foot and flight traffic this weekend seriously, and pilots should too.