High Density Air and its Influence on Aircraft Performance 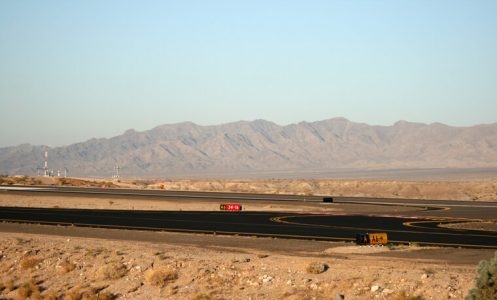 What effect does high density altitudes have on aircraft performance?

Density altitude can be defined as the mass of air per unit of volume it occupies and is measured in kilograms per cubic meter. This is important because at higher altitudes the air pressure decreases, meaning that the amount of oxygen in the air is lower. The same is true of hot air. This falls on the understanding that air expands when it is heated, which is the same reason hot air rises; it is less dense than the surrounding (cooler) air. In the case of humid air, the change in density is a result of the water molecules displacing oxygen, making the air less dense. So, while the manner by which the air loses density is different in the case of high, hot, and humid, the end result of less dense air remains the same.

Air density directly affects aircraft performance in terms of both aerodynamic and engine performance. Nearly every aspect of flying can be changed by the air density. The standard measures of takeoff distances, rate of climb, landing distance, etc. will all be increased (reduced performance) in less dense air and may not meet the expected “book” numbers.

With this in mind it is imperative that pilots reference the Pilot’s Operating Handbook (POH) specific to their aircraft to find and recalculate performance using the information provided in the operational data section.

The following video is an example of a high density altitude takeoff, which resulted in a crash. Airplane Crash In-Cockpit Footage.  In this case, it is possible that more familiarity with, or more awareness of, aircraft performance in high density altitude situations may have resulted in better situational awareness and decision making. The crash could have been avoiding by recognizing the reduced performance and delaying the departure until cooler temperatures or picking a point along the departure path to abort the takeoff if certain performance metrics weren’t being met.

Taking the time to double check performance can be life-saving in a high, hot, humid situation.