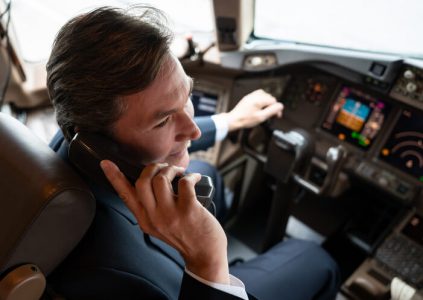 IFR clearance at uncontrolled airports is getting a little bit easier

Who’s ready for some amazing news? Uncontrolled Airport Radio Communications just arrived in the 21st Century! Those of us who have struggled to get an IFR approach clearance at uncontrolled airports can finally relax because a new procedure has been rolled out by the FAA.

I don’t know about you, but I say this change is long overdue. As a pilot for an Air Ambulance Company, I spent most of my time in remote, uncontrolled airports, often at 2:00 in the morning, picking up critically sick or injured patients. I can’t tell you how much time I wasted trying to get a clearance to get out of there. I would often be on hold for 10-15 minutes, but even worse, I would have to guess how much time I needed to get in the air –  a number that varied greatly, depending on the condition of the patient.

The attempt to get a clearance HAD to start prior to the arrival of the ambulance because there was always a long hold time. Sometimes I would get lucky. The amount of time I asked for would be enough. But too often my release time would come and go and I’d have to start the process all over again – this time with the patient onboard. Such an inconvenience that often put the life of the patient in further danger.

But that’s all about to change. Pilots are now instructed to call ATC DIRECTLY for IFR clearances from non-towered airports. In an effort to cut out the middle man, expedite the process and reduce the chance for errors, the old 1.800.WX.BRIEF number for clearances will be no more. (Why do I smile every time I say that?)

A clearance delivery phone number, direct to the appropriate approach control facility or Air Route Traffic Control Center, is now published for all public and private-use airports listed in the chart supplement, formerly known as the Airport/Facility Directory. These numbers will ultimately replace the current Leidos Flight Service Clearances Number.

For those of you who don’t carry around that little green book, the rumor is that ForeFlight may be in the process of integrating the appropriate phone number into each airports information page. (Until that is official, you can still find the directory on ForeFlight by downloading it into your documents library.)

This really is great news, not only for general aviation pilots, but also for the professional pilots who are often in and out of both large and small airports in a given work day. Simplifying the procedure for uncontrolled airport radio communications is yet another step forward in the advancement of aviation. Safety and efficiency will no doubt improve with this smart move by the FAA. I’m thrilled!