ILS Approach Briefing: Something To Consider 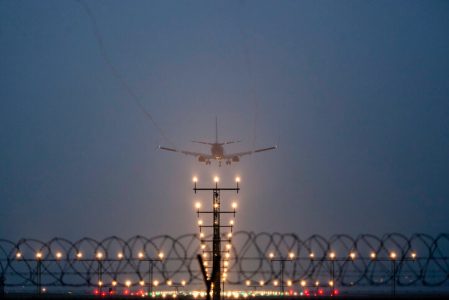 Include approach lighting in your briefing to avoid huge landing mistakes

Quick! How do you know for sure which side of the runway the VASI/PAPI is on? And more importantly, when flying an ILS approach to minimums, do you always BRIEF which side the PAPI/VASI is on (especially when landing in poor visibility)? Yes, I know…it’s normally on the left side, but “normally” does not mean “always”. And that little piece of information could ruin your whole day if you’re not paying attention.

The following is a NASA/ASRS report written by a regional airline crew flying a CRJ.

During preparation to land on Runway 21 at KMSN, the weather was reported at 300 feet overcast, fog, 1/2 mile of visibility, and snow. Braking action was reported as good to fair, with snow covering the runway. During the briefing, the Captain didn’t cover the PAPI location or the fact that the LOC was slightly offset for the approach. It was a quick briefing since we’d both flown into KMSN during the trip and were familiar with the airport. In hindsight, I should have clarified where we’d expect the lighting systems to be if the runway came into sight.

On short final, right above minimums, I got the approach lights in sight and called “approach lights in sight, continue.” As we broke out in foggy/snowy conditions, the Captain transitioned to visual flying. He made a turn, aiming for the left side of the PAPIs. Just seconds later, we were crossing the runway threshold with no part of the airplane over the paved runway surface. The PAPIs were on the left side of the runway, not the right. With low visibility, the PAPIs were the brightest lights and it was difficult to tell where the runway was, being covered in snow.

I called a go-around and the Captain looked startled. I forcefully said “we’re not over the runway, go around.” After a successful go-around, we quickly de-briefed what went wrong. Between the confusion over the PAPI location and the offset LOC, a split-second decision at minimums nearly led to us missing the runway entirely.

DON’T LET THIS BE YOU! The CRJ crew was fortunate that one of them realized the error in time and called for a go around. Another crew wasn’t so lucky…they missed the runway in its entirety and landed parallel to the pavement in deep snow. There were no fatalities, but I can guarantee there was at least one bruised ego that day.

Situational awareness may be impossible to maintain without a complete briefing that includes the placement of runway visual aids and ground lighting, especially when the visibility is on the low side. A pilot can check the approach plate to determine whether the VASI is on the left or right side.

This information can be found toward the bottom of the plate, on the strip that includes the ground speed chart and missed approach instructions. If “PAPI” or “VASI” is written on the right side of the approach lights, that’s where you will find it when you break out of the fog or snow etc. If it is written on the left side, it will be on the left side of the runway.

Take the few extra seconds during your ILS approach briefing to include this information, regardless of whether the lights are located on the left or right. Getting into the routine of briefing airport lighting and ground aids will help ensure that you don’t forget any important information when unusual conditions require extra vigilance.