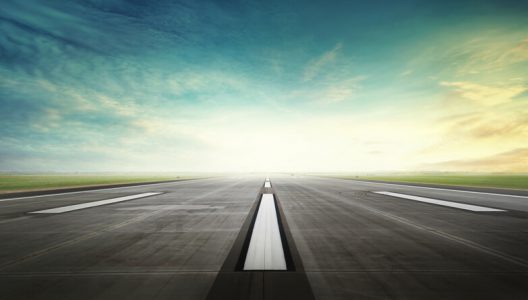 Remaining safe in the air

Midair Collisions (MACs) are one of the greatest threats to pilots even though they are oftentimes preventable. Indeed, by recognizing MACs as a threat and defining and utilizing the see-and-avoid concept, while simultaneously working to improve individual scanning techniques, MACs can become a less common occurrence.

Pilots must be vigilant and aware at all times to help prevent MACs. The terminal area presents the greatest threat area. Interestingly, the vast majority of MACs occur in visual meteorological conditions (VMC) near airports. This means that a pilot is most at risk during takeoff/landing and in the traffic pattern, regardless of the weather conditions. While this may surprise some, it makes sense considering that airports are high-traffic areas, with multiple critical phases of flight and an elevated risk of task saturation and distractions.

The importance of disciplined visual scanning and situational awareness should not be underestimated. These are almost always a pilot’s first defense against a MAC threat. FAR 91.113(b) offers guidance noting that “when weather conditions permit, regardless of whether an operation is conducted under instrument flight rules or visual flight rules, vigilance shall be maintained by each person operating an aircraft so as to see and avoid other aircraft”. This is especially true for pilots who often fly VFR in lighter aircraft. The concept of see and avoid relies upon pilots exercising the proper scanning techniques. Ensuring that one’s scan is both frequent and comprehensive is imperative. Instrument rated pilots in particular may fall into the dangerous habit of only looking inside regardless of the weather and visibility outside. A crosscheck outside of the cockpit is just as important as the one taking place inside of it.

There are two main variations of scanning techniques including the Center-to-Side Scan and the Side-to-Side Scan. To perform the Center-to-Side scan one begins at the center of the windshield and begins scanning to the left, making sure to break the scanned area up into reasonably sized segments. Once the scan to the left has been executed the pilot refocuses their attention back to the center and begins the same process to the right. An alternative option is the Side-to-Side Scan. This scan separates the covered area into blocks as well, with the pilot starting at the left and working their way to the right. Regardless, of the type of scan used the pilot should make sure to break the area into 10 degree blocks, spending a second or two in each. It is also important to keep in mind that direct oncoming traffic will appear still in windscreen making movement extremely hard to detect. However, MACs rarely result from head on collisions but are instead most often caused from a side or rear impact. This is why a thorough, encompassing scan, especially in high wing or poor visibility aircraft, is so important. Remember to always be vigilant in scanning, especially in those high-traffic areas.