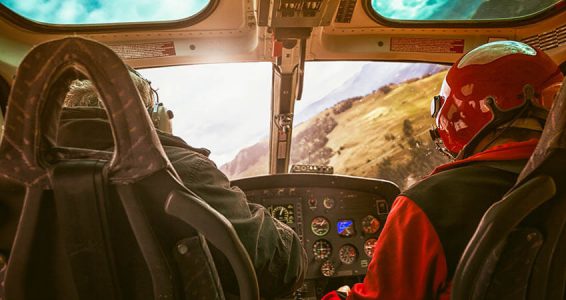 The number of active rotor-wing pilots could be cut in half within the foreseeable future.

A spokesperson for Southern Utah State University in Cedar City, Utah has recently expressed concerns for the very real pilot deficit not only affecting the fixed-wing world, but also creeping into rotor-wing activity. Assistant chief flight instructor for SUU, Robbie Paul, interviewed with Flying Magazine on the topic, saying “we’re going to be about 7,500 pilots short over the next 18 years and in an industry that only has about 15,000 active pilots [in the U.S.], that represents a huge, huge shortage.”

To bridge the gap, Paul provided a suggested solution of more scholarships for helicopter pilot training, and he came through. SUU partnered with Whirly Girls to provide three $20,000 scholarships to encourage enrollment and open up pilot training for those who may not have previously been able to make flight school a reality. SUU is also in the process of reaching out to other organizations for partnership on scholarship opportunities to continue to open paths to the industry.

Many are concerned with relieving the burden of student pilots. Paul said, “Some big helicopter companies have reduced their flight time requirements considerably due to the shortage. Pilots also don’t need an ATP to fly helicopters commercially like they do on the Part 121 airline side of the industry.”

The pilot shortage is scary, but industry experts and organizations are coming together to try to bridge the gap and make aviation a feasible industry for students. As we continue to push forward and come up with innovative ways to resolve this problem, the industry will soon get back on track and where it should be.