Pilot Medicals for Balloon Pilots are a Good Idea 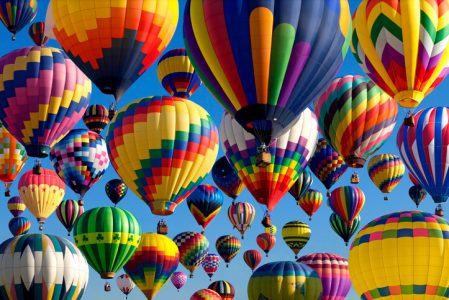 Pilot medicals may be required for balloon pilots soon

Is a balloon pilot a “real” pilot? Is that what the FAA is wondering as they contemplate whether a commercial balloon pilots should be required to have pilot medicals? I’m just a little baffled by the fact that balloon pilots have been exempt from the FAR 61.3 medical requirements up to now. That doesn’t make any sense to me at all.

I live under a popular balloon path. On a beautiful morning in the summer months, I can count on hearing the “whoosh-whoosh” of the burners. Sometimes they are nothing more than a tiny dot high above my house, and other times, I can have a conversation with the pilot and passengers as though they were sitting on my front deck.

Yes, ballooning is fascinating to watch, and it is most definitely real flying. Consider the number of fatal balloon accidents making the news recently.

“Five dead in Albuquerque balloon crash.” The balloon caught fire after it hit power lines and crashed into a busy intersection. Or what about the balloon pilot in Vermont who was entangled underneath the basket, falling to his death – leaving the passengers to figure out how to land the balloon. All this was after the basket hit the ground and tipped over, causing one of the passengers to fall out before the balloon became airborne again, with the pilot hanging on underneath. Eventually, the pilotless balloon became entangled in trees, and the remaining passengers climbed down to safety.

These are tragic accidents, and in my opinion, they are most definitely aviation accidents.

What is very concerning is that the balloon pilot in Albuquerque had both cocaine AND marijuana in his system at the time of the accident. Yes, balloon pilots are pilots, and they need to have medicals. They can have a heart attack just like the rest of us can. Just because they are only at 500 feet doesn’t mean they can’t kill someone due to a medical condition.

The proposed rule requires commercial balloon pilots to obtain a second-class medical certificate, just like all other commercial pilots. The official draft requiring the pilot medical will be published this month, and the general public will have 60 days to comment. Let’s hope everyone agrees that this is a good idea.